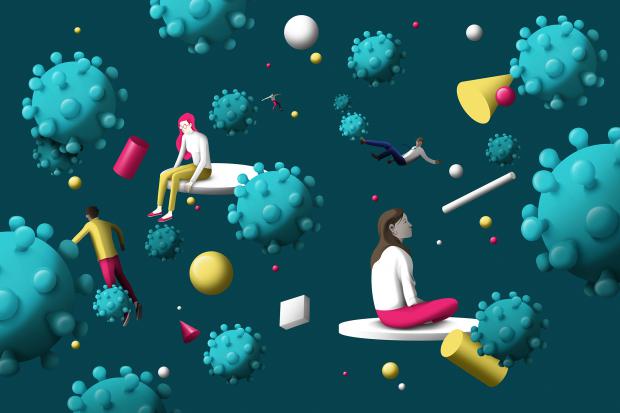 Will Trump Wage More Wars to Distract from COVID-19 and Economic Collapse?

Trump is the latest in a long line of belligerent US presidents, throughout his tenure waging war on multiple fronts at home and abroad.

His priorities are self-enrichment, serving Wall Street, Big Oil, Big Pharma, Big Military, and other corporate favorites, along with getting reelected.

War by the Trump regime and Congress rages domestically —SARS-Cov-2 (the virus producing COVID-19 illness) used as a weapon by power elites to consolidate to greater market dominance by eliminating competition.

Weak larger ones are also vulnerable to be bought by strong competitors at fire sale prices.

The toll is an unacceptable new (ab)normal, the US more greatly resembling Guatemala, Somalia, or Bangladesh, millions of lost jobs not coming back.

Most employed Americans will work for poverty or sub-poverty  wages with few or no benefits — a permanent state of war to exist abroad against multiple invented enemies, new ones perhaps to be attacked belligerently.

In early January, who could have imagined that most Americans would willingly accept house arrest, that major sports competition would cease for the interim, that real unemployment would approach 40%, that a protracted main street Greater Depression may have begun!

Worse still, dare I suggest that US dark forces planned what's happening for their own self-interest and cronies —by unleashing SARS-Cov-2 on humanity with a diabolical follow-up plot in mind.

A relentless campaign is underway for Americans and others abroad to accept mass vaxxing ahead with toxic vaccines able to do far greater harm than good — including substances able to cause the disease they're supposed to protect against.

Along with all of the above domestically, are DJT and Pompeo-led Trump regime hardliners spoiling for confrontation with China, Iran, Venezuela, and even Cuba.

A US war of words rages against these countries, Big Lies drowning out hard truths and reason.

On Thursday, the South China Morning Post (SCMP) reported that "China-US diplomatic backchannels (are) dry(ing) up, making it harder to communicate…"

Sino-US relations are the most dismal in decades. Bilateral communications "ground to a halt as a result of the rising hostility and travel restrictions caused by the pandemic…"

Nothing positive can come for both countries from the hardline US approach.

Separately, the Trump regime may be heading toward confrontation with Iran and Venezuela.

"Two years ago today, Maduro showed the Venezuelan people and the world that there can be no free and fair election while he occupies Miraflores Palace (sic)."

Venezuela under Hugo Chavez and Maduro is the hemisphere's model democracy, a notion increasingly totalitarian USA tolerates nowhere, especially not at home.

Cuba was also on Pompeo's target list, falsely accusing its ruling authorities of "trampl(ing) (on) the rights of the Cuban people" — a longstanding US specialty at home and abroad.

Ahead of November elections, will the Trump regime instigate confrontation against one or all of the above countries on the US target list for regime change?

On Wednesday, Iranian Defense Minister General Amir Hatami warned the Trump regime that "(w)e will definitely give a firm and decisive response if harassments continue or escalate."

His comments referred to possible Pentagon interdiction of Iranian tankers with gasoline en route to Venezuela — an act of high seas piracy if occurs.

"Our policies are crystal clear, and we announced explicitly that we will tolerate no act of harassment," Hatami stressed.

Scheduled to arrive in Venezuelan waters in late May or early June, Bolivarian Republic military vessels will meet them when entering the country's economic zone to escort them to port to unload their cargo.

Separately, Iran's ambassador to Venezuela Hojjatollah Soltani defended the legal right of both nations to engage in international trade and other normal relations, adding:

"This relationship between Iran and Venezuela doesn't threaten anybody. It's not a danger to anyone." It's the legal right of all nations to deal with others politically, economically, and through trade.

Trump regime hardliners consider internationally recognized legal relations between countries on the US target list for regime change a threat to its national security.

It's one of countless Big Lies and distortions used by both right wings of the US one-party state to advance its imperial agenda.

Wars by hot and other means, state terrorism, and other hostile actions are its favorite strategies — why the US remains humanity's greatest threat.

Bioweapon research is illegal. Many charge that the US is engaged in it.

Russian Foreign Ministry on Syria, US Hostility, Libya, Venezuela, the CTBT, and Nationwide...