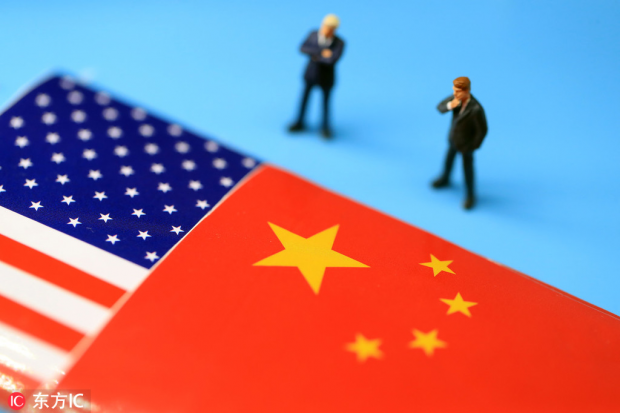 Speech, media, and academic freedoms, along with peaceful assembly and right to petition government for redress of grievances publicly, are hallmarks of free society rule.

Not when they cross the line to include violence, vandalism, and other forms of hooliganism — notably not when orchestrated from abroad against a sitting government to try undermining it.

The latter is what went on for months last year and shows signs of erupting again in Hong Kong streets — the long arm of US imperialism, going all-out to destabilize and weaken China by attacking its soft underbelly.

That's what went on last year and heads toward repeating repeating again now — supported by establishment media, complicit with the imperial state, ignoring the rule of law, breaching it by backing wrong over right.

This time, they defied social distancing rules to protect against spreading COVID-19 outbreaks.

US dark forces are manipulating Hong Kong youths, using them as proxies — led and egged on by local leadership that was likely bribed by the Trump regime to take to the streets.

He said enactment of national security legislation is an "urgent and imperative" priority.

He minced no words saying "political forces in the US are taking China-US relations hostage and pushing our two countries to the brink of a new Cold War."

He ridiculed lawsuits filed by US states that falsely accuse Beijing of responsibility for spreading COVID0-19 outbreaks, stressing that they have no legal basis and are going nowhere.

"The Chinese side has an open position regarding the scientific cooperation with the international scientific community to study the origin of the coronavirus," he said, adding:

"At the same time, we believe that this process should be professional, fair and constructive."

"By fair we mean that in the study of the (COVID-19's) origin, political interference should be avoided."

"Aside from the devastation caused by the novel coronavirus, there is also a political virus spreading through the US."

"This political virus is the use of every opportunity to attack and smear China."

"Some politicians completely disregard basic facts and have fabricated too many lies targeting China, and plotted too many conspiracies."

It'll  have "no impact on Hong Kong's high degree of autonomy, the rights and freedoms of Hong Kong residents, or the legitimate rights and interests of foreign investors in Hong Kong."

"Instead of becoming unnecessarily worried, people should have more confidence in Hong Kong's future."

"This will improve Hong Kong's legal system and bring more stability, a stronger rule of law and a better business environment to Hong Kong."

The city's Basic Law "does not prevent the central government from establishing a legal system and enforcement mechanisms for safeguarding national security."

According to China's Global Times, the work in progress law to be enacted in the coming days will be the " 'death knell' for (unlawful) US intervention in" Hong Kong, stressing:

No nations anywhere would permit a national security void in any part of their territory.

Most countries have national security laws, notably the US and other Western ones.

Article 23 of Hong Kong's Basic Law empowers city authorities to enact security laws and regulations on their own.

None were ever adopted since the city's colonial past ended on July 1, 1997. China is filling the void, a near-generation after Hong Kong became part of its territory.

Because of the void, Hong Kong descended into chaos last year, earlier, again on Sunday, with likely more of the same ahead.