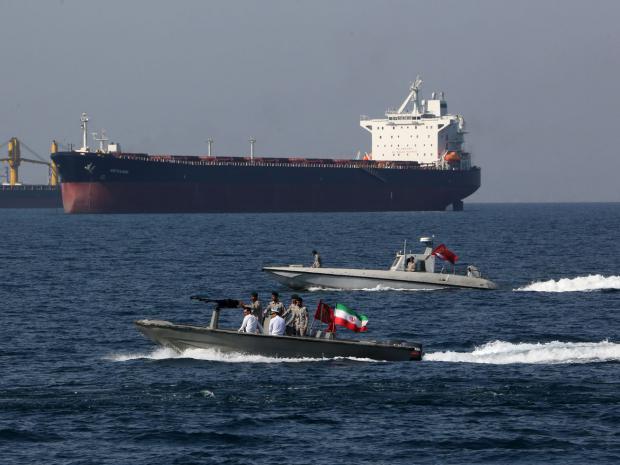 VoA and the Beeb serve as mouthpieces for their respective ruling regimes, delivering their message, suppressing alternative views.

Their mandate is reporting state-approved propaganda in contrast to journalism the way it should be.

Establishment media in both countries and throughout the West operate the same way.

It's why the only way to be informed is to follow reliable alternative sources of news and information, available largely online.

The Trump and Boris Johnson regimes oppose whatever serves the rights, health, and welfare of ordinary people everywhere, notably in their home countries.

They falsely consider nations unwilling to accept US-led Western exploitation of their politics, economies, populations, and resources threats to their national security — how all rogue states operate, the US by far the worst, Britain operating as an imperial junior partner.

Iran and Venezuela are high on their list of nations they want transformed into pro-Western vassal states, their sovereign independence eliminated.

They're furious about free trade between both countries, each helping the other legally, their maritime rights affirmed under the UN Convention for the Law of the Sea (UNCLOS).

Their argument goes something like this. As hydrocarbon rich nations, they're obligated to hand over their resources to US-led Western interests for their benefit at the expense of themselves and their people.

In other words, how did US et al oil and gas find its way beneath their territory where, according to the West, it doesn't belong — so hand it over or we'll take it by brute force or other hostile means.

VoA: "The Trump (regime) said earlier this month it was considering measures it could take in response to (Iranian gasoline) shipments (to Venezuela), without providing specifics," adding:

"Washington has steadily escalated sanctions on (Venezuela) as part of its effort to oust President Nicolas Maduro, a socialist who has overseen a six-year economic collapse (sic)."

Democratically elected and reelected, Maduro has gone all-out to serve the rights and welfare of all Venezuelans throughout his time in office.

Illegal US sanctions unlawfully supported by the West and dozens of other countries made his job largely mission impossible — what VoA failed to explain, nor the US imperial motive.

Venezuela's problems are largely made in the USA , not Caracas, starving the country of vitally needed revenue through an illegal economic blockade and sanctions war.

Much the same is true for Iran. The US aims to suffocate both countries and their people into submission, a failed policy for decades — yet it remains in place.

VoA quoted an unnamed Trump regime official's Big Lie without refuting it — falsely claiming Iranian gasoline will only benefit the state, its military, and "people with connections," adding:

"Pretty soon most people will be wondering where it all went and why they couldn't get any."

All Venezuelans will have access to it, what VoA won't explain once it becomes available.

I once called the BBC Fox News with an English accent, supporting US-led imperial rage, demonizing its adversaries, nations threatening no one like Iran and Venezuela.

"Shortages of basic supplies became widespread." In May 2018, "Maduro was reelected…but the poll was widely dismissed as rigged (sic)."

Venezuela has the world's best electoral process, real democracy the way it should be — polar opposite how the US, UK, and other Western countries are run.

In the US under both right wings of the one-party state, elections abroad only meet Washington's standards if its candidate of choice wins, never if turns out another way, especially not if things are run democratically as in Venezuela, a notion the US tolerates nowhere, especially not at home.

Like the VoA and Beeb, Al Jazeera is owned and operated by Qatar, serving its interests.

Its reporting is largely similar to the West but not entirely.

Discussing the first of 5 Iranian tankers that arrived in Venezuela Sunday, Al Jazeera tried having things both ways.

Shipments of Iranian gasoline to Venezuela is "an example of how (Tehran) takes the wealth of the Iranian people and wastes it in Venezuela on Maduro (sic)."

Tehran University Professor Mohammad Marandi was also quoted, a distinguished academic I was honored to have as a guest on my radio program when hosted it for years.

"What is important is that these are trade ties between two sovereign countries, and the regime in Washington is in no position to dictate terms to the international community," Marandi told Al Jazeera, adding:

"Iran is not a weak country like countries within the EU that bow down to the United States when it makes it mad."

"Sending five ships is a big message - it wasn't just one or two - so the Iranians did that both to give support to the Venezuelan people to prevent them from suffering, and also in an act of defiance to US hegemony."

To its credit, Al Jazeera invited him on, an antidote to an array of pro-Western guests most often featured on its broadcasts.

I was invited on twice, both times taped. When invited back a third time, I said I'd only go on live — because they edited out my most important comments, what's clearly unacceptable.

Neither I, Marandi, or others whose views differ from the official narrative are invited on so-called US broadcast or cable news programs.

My only ever US major media interview was on CBS News Chicago.

Unplanned and not invited in advance, it happened when out for an early morning walk after daybreak when along my usual route I walked past a crime scene, a shooting incident before I arrived near Northwestern University's School of Medicine.

A CBS Chicago reporter and cameraman were on the scene, looking for interviews when I came along and was invited on air to comment.

The interview was brief, taped for later in the day airing, lasting a few minutes.

When I watched, it was edited like how Al Jazeera operates, leaving out my most important comments, what I'd feature on my own program, in alternative media interviews, and in writing.

It's too hot for major media to handle, including RT.

Once a regular on its news program, I'm no longer welcome, but very much so on Sputnik News' Fault Lines — an excellent program with first-rate co-hosts who let me and other guests speak freely on major issues.

To its discredit, Al Jazeera goes along with Western disinformation about Iran, Venezuela, and other sovereign independent countries on the US target list for regime change.

It falsely accused Nicolas Maduro "of rigging elections in 2018" — a Big Lie the whole world knows, too few in it willing to defy Washington by stressing it publicly.

If the world community had governments like in Venezuela and Iran instead of mostly the other way around, peace and stability would replace endless wars and their human toll.