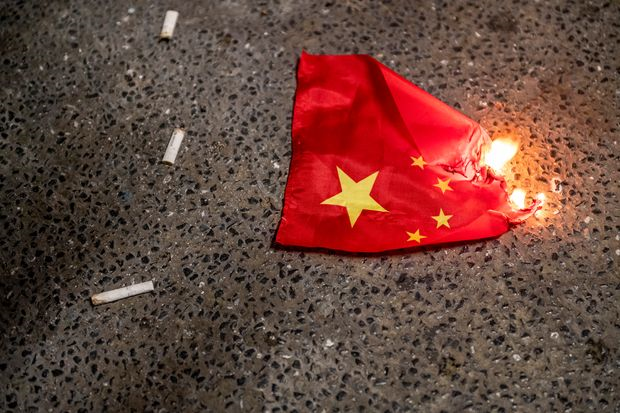 US major media are a national disgrace, operating exclusively as press agents for wealth and power interests on issues mattering most.

When the US preemptively attacks other nations aggressively, the highest of high crimes under international law, they genuflect in unison, supporting what demands condemnation.

They're hostile toward all nations the US doesn't control, supporting its wars by hot and other means that aim to transform them into vassal states.

In its latest edition, the self-styled newspaper of record NYT headlined:

The Trump regime will "likely…end some or all of the United States government's special trade and economic relations with the" city, adding:

Not a word of explanation from the Times on what lies behind loose cannon Pompeo's explosive Wednesday outburst.

Nothing was explained about raging US war on China by other means, how it operates against all nations it doesn't control.

China is a special case because of its growing economic, financial, industrial, technological, and military prominence on the world stage — what the US under both right wings of its war party is going all-out to undermine.

Likely hostile US actions against Hong Kong ahead will be the latest Trump regime blow to bilateral relations, risking rupture and/or confrontation with China.

The Times failed to denounce Pompeo's Big Lie claim that the new national security law will be the city's "death knell," civil liberties of its residents lost — clearly not so.

On Wednesday, China rejected the Trump regime's call for a Security Council meeting on Hong Kong, an illegal attempt to meddle in its internal affairs.

The US mission to the UN turned reality on its head like countless times before, claiming:

It does nothing of the kind, the US mission falsely adding:

"This is a matter of urgent global concern that implicates international peace and security, and warrants the immediate attention of the UN Security Council (sic)."

"It has nothing to do with the mandate of the Security Council." It demanded that the Trump regime "immediately stop its power politics and bullying practices."

"Facts prove again and again that the US is the trouble maker of the world."

"I think you'll find it very interesting. (He'll respond) very powerfully" — likely by executive order, widening the breach between both countries if he goes too far.

"If anyone insists on harming China's interests, China is determined to take all necessary countermeasures," adding:

What followed was similar to other anti-China establishment media propaganda, raging with one voice against the country — substituting managed news misinformation and disinformation for truth and full disclosure.

Along with falsely accusing China of "overrid(ing) Hong Kong's autonomy (sic)," the Wall Street reported on the Trump regime's illegal seizure of a Chinese-built transformer, sold to a Honeywell International laboratory, on phony national security concerns.

It suggests likely similar Trump regime hostile actions to follow, and not only against China.

What's going on includes an array of ways the US uses to try undermining nations it doesn't control politically, economically, financially, and technologically to advantage corporate America — on the phony pretext of national security concerns.

Time and again, US actions make more enemies than friends.

It's typical of a nation in decline, grasping for straws to keep the sinking ship of state afloat.

It's just a matter of time before imperial USA joins earlier failed empires in the dustbin of history where it belongs.