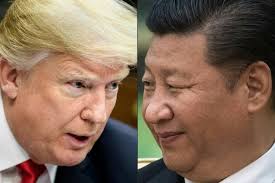 Trump's Hostile Actions Against China Based on Big Lies

Trump's anti-Beijing reelection strategy turned most Americans into China haters by the power of propaganda, along with greatly damaging the bilateral relationship.

His unacceptable China bashing risks rupturing relations if his regime continues its present path — policies hostile to world peace, stability, and cooperative relations with other countries, greatly influenced by hardliners surrounding him.

Worst still, his anti-China agenda risks direct confrontation by accident or design, a clash between two nuclear powers if he pushes things too far.

"I am directing my (regime) begin the process of eliminating policy exemptions that give Hong Kong different and special treatment," adding:

"My announcement today will affect the full range of agreements that we have with Hong Kong, from our extradition treaty, to our export controls and technologies."

"We will take action to revoke Hong Kong's preferential treatment as a separate customs and travel territory from the rest of China."

He intends to unilaterally impose illegal sanctions on Chinese and Hong Kong officials "directly or indirectly involved in eroding Hong Kong's autonom (sic)" — ignoring that the city is sovereign Chinese, not US, territory.

He stopped short of explaining specific steps to be taken. When asked, a White House spokesperson declined to provide information on what may be planned.

Trump did say that he'd instruct his "presidential working group on financial markets to study the different practices of Chinese companies listed on the US financial markets" — on the phony pretext of protecting American investors.

He also barred Chinese scientists and researchers allegedly connected to what he called Beijing's "military-civil fusion strategy" from entering the US.

Henceforth, his regime's hostile policies toward China will apply to Hong Kong — details to follow at a later time.

His Friday remarks included nothing about the Sino/US trade deal, weakened by his regime's war by other means on China.

Notably in recent weeks, Beijing has been buying Brazilian soybeans, lower amounts from the US.

Its authorities have lots of ways to retaliate against unacceptable US actions.

In the last 48 hours, Trump's tweet-storm included nothing about US/China relations.

Responding to his remarks, China's Global Times said the following:

His "press conference was full of lies. (He) arbitrarily fabricated the imaginary changes that the national security legislation for Hong Kong might bring about to the city," adding:

"He peddled nonsense, saying that China will only have 'one country, one system,' while ignoring the huge differences in political systems, governance models, and social customs between the Chinese mainland and Hong Kong."

In terminating his regime's relationship with the WHO, he falsely claimed it's because "China has total control," a baseless accusation.

There's plenty about the organization to criticize, ignored in his remarks.

According to the US Chamber of Commerce, over 1,200 US companies, including major Wall Street banks, operate in Hong Kong or do business with the city.

"(O)ver 800 (have) either regional offices or headquarters" there.

They contribute tens of billions of dollars to the US economy annually.

The Trump regime is unlikely to institute policies that negatively affect their interests — other than designated high-tech firms, part of its policy to try undermining Beijing's technological development.

China is the leading US export market, other than Canada and Mexico combined under the USMCA (new NAFTA) trade deal.

US exports to China support around 1.1 million American jobs, according to the US-China Business Council (USCBC).

Bilateral trade is key for both countries. Disrupting it would worsen current economic collapse conditions.

According to USCBC, US exports to China increased by 73% in the last decade — compared to a 57% increase with the rest of the world community.

Growing bilateral friction will disrupt bilateral trade if things are pushed too far.

China's Foreign Ministry spokesman Zhou Lijian said Beijing will "take all necessary measures to hit back if US insists on harming (its) interests, adding:

"The US trade surplus with Hong Kong has accumulated to 297 billion US dollars in the past decade."

"A safe, stable and prosperous Hong Kong is in the interests of the United States."

"This is utter nonsense and making trouble out of nothing," adding:

"The US side blatantly interfered in China's internal affairs and wantonly undermined the basic norms of international relations by requesting a meeting on a Hong Kong-related issue at the UN Security Council."

"China has all the reasons to firmly oppose it and their attempts are doomed to fail."

The US is an unparalleled global menace, an aggressor state, a rogue state, a fantasy democracy state, a human and civil rights abusing state.

America is its own worst enemy, a nation in decline because of its war on humanity at home and abroad and unwillingness to change.