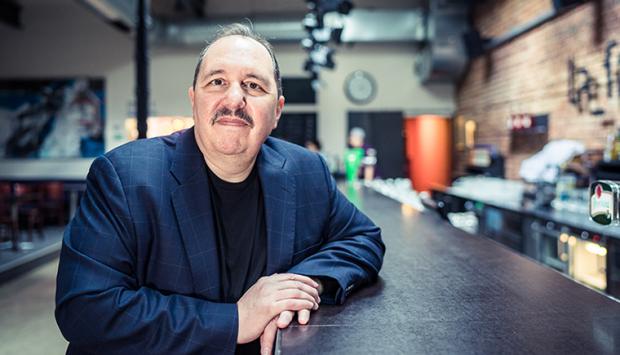 This post began as an advertisement and morphed into something more. Call it both.

Millions of eager and productive people have been kept out of businesses that were natural to them, because of government regulations and second-order effects like unattainable insurance policies.

Most of us will recall a couple of African-American ladies having their hair braiding business closed by police officers who obeyed their servile bosses. But those were the few… the especially visible victims; there have been many, many more, and of all flavors.

I've heard words like these for years, and often considered them leftist-inspired slogans… which they often were. But as time has rolled forward they've become more and more true.

I also chafed at such slogans because they assumed us to be powerless creatures. I still reject that, and vehemently.

Nonetheless, the fact is that government decrees (of innumerable types) have prevented us from thriving. That goes for blacks, whites, Latins and everyone else. Millions of us have been excluded from careers we could have pursued quite well.

I was kept out of an excellent career, not because I couldn't do the work, but because I didn't have government-mandated approvals. I ended up doing a lot of the same things, but through a back door that was only wide enough for one or two people to squeeze through. What of the hundreds like me who couldn't make it?

I've also had to close businesses because of government edicts. And there have to be multitudes who join me in that.

My point is that the saying, no matter how it began, has become true. The system will not allow us to thrive. Whether by design or evolution, it squeezes most people out. The poor person complaining that the system holds them down may not be wrong.

I won't go through the details, but I've been near the guts of this all my life, and I know quite well how it works.

My point today (and I'm trying to keep this brief) is that this is a gigantic problem; a mass suppression of human ability and human happiness. There is almost no escape in the regulated economy (a few cracks can be exploited here and there), but there is one big, new escape: The crypto economy.

The new, cryptocurrency-based economy has formed outside of the rigged system. It isn't fully-formed yet, but it's as functional as we need it to be, and new tools are appearing on almost a daily basis.

You now have a way around the system.

The crypto economy is here. If you've like a fast entry, see the course my daughter and I just released, it really is terrific. But if that doesn't suit you, go to a Bitcoin meetup, start talking to people and start learning on your own. But don't ignore the crypto economy; almost everything else is rigged against you.

Here's the Crypto for Business course at Udemy.