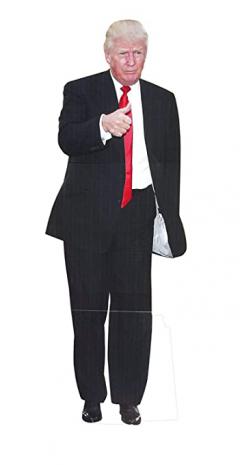 As president and commander-in-chief with prominence on the world stage at his discretion, what Trump says, tweets, and does matters.

The office he holds represents what the US is all about — a nation that's all about might over right, at war on humanity at home and abroad, exclusively serving privileged interests at the expense of the public welfare.

There's nothing beautiful about ugly America. How it's been from inception is enforced today by the power of super-weapons, the US global reach, and technology used for ill, not good.

The Pentagon's empire of bases, the out-of-control intelligence community, congressional indifference toward peace, equity, justice, and the rule of law, and the president of the United States heading a deeply corrupted system that's far too debauched to fix is what makes America a pariah state — an unprecedented menace to everyone everywhere.

All things great and small matter when you're a head of state, especially when it's the US.

An autocracy and plutocracy, never a democracy, the self-proclaimed "leader of the free world" USA threatens humanity's survival because of its rage to dominate.

Time and again with disturbing regularity, Trump insults, demeans, and harms ordinary people at home and abroad he's indifferent toward, and it shows.

Instead of denouncing what happened responsibly, Trump tweeted the following:

"Buffalo protester shoved by police could be an ANTIFA provocateur (sic)."

"75 year old Martin Gugino was pushed away after appearing to scan police communications in order to black out the equipment (sic)."

"@OANN I watched, he fell harder than was pushed. Was aiming scanner. Could be a set up (sic)?"

Disgraceful stuff. Typical Trump, one of countless reasons why he's an embarrassment to the office he holds.

Most disturbing is the ugly system he nominally leads. It doesn't miss a humanly destructive beat whether he, another Republican, or undemocratic Dem heads it.

They're interchangeable parts of the the one-party state, differing only by party label and style on major domestic and geopolitical issues, following a pre-scripted agenda.

"He is in serious but stable condition. Martin has acknowledged and sincerely appreciates the tremendous outpouring of support he has received nationwide."

He "and his family continue to request privacy as they focus on Martin's health and recovery."

Two cops involved in injuring him were suspended without pay and charged with 2nd degree felony assault.

Attorney John Flynn explained that there's a New York state penal law that states if a victim of assault is 65 years old or older and the perpetrator is 10 years or more younger, incidents like what happened to Gugino are felonies.

Instead of calling for the perpetrators to be held accountable, Trump shamefully blamed Gugino for the felony committed against him.

Not all cops brutally assault people in the line of duty. Too many do unaccountably.

Since protests following George Floyd's killing began over two weeks ago, hundreds of police violence incidents were reported nationwide, scant accountability for them, how things are the vast majority the time.

"(I)t is highly inappropriate for a president to be (accusing Gugino  of anything as) a case (against the police involved is) pending trial and (Trump's accusation is) without confirmation."

No evidence suggests Gugino is involved with any group that engages in street violence.

Justice won't be served unless police involved in what happened are held accountable.

The same goes for all lawless actions by US authorities and agents of the state against everyone everywhere.

There's a lot of backlogged accountability that would take generations to barely scratch the surface of centuries of US high crimes of war and against humanity against countless millions of victims worldwide.

Democrats Are Setting Up Trump To Frame Him, But THIS Argument Will Shut Anyone Down