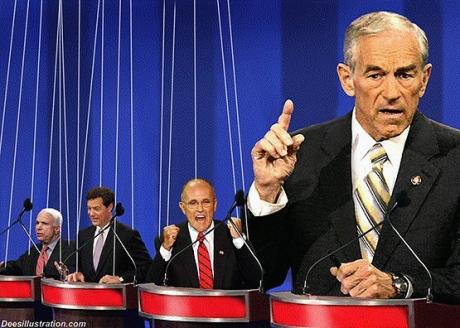 ARLINGTON, VIRGINIA –Texas Congressman Ron Paul’s presidential campaign had a record fundraising quarter, exceeding its original goal of $12 million by over 50 percent when it raised nearly $20 million during the months of October, November and December.

“Only Dr. Paul has the ability to inspire Americans to contribute and take action that is necessary if Republicans want to defeat the Democrats in November,” said campaign chairman Kent Snyder.

In two 24-hour periods on November 5 and December 16, the campaign raised over $10 million dollars.  The total of over $19.5 million represents an increase of nearly 300 percent from its third quarter total of $5.28 million.

For the quarter, the campaign had over 130,000 donors, including over 107,000 new donors.  The total was reached with an average donation size that was just under $90.

Of the other Republican candidates, only Mike Huckabee – who reported $5.04 million this quarter – discloses his fundraising total online.  However, Dr. Paul’s total is over $9 million more than any Republican candidate raised in the third quarter.
Source
-------------
It takes a few days for them to complete the total so I am expecting the final tally to be around $19.8 million. -- Powell