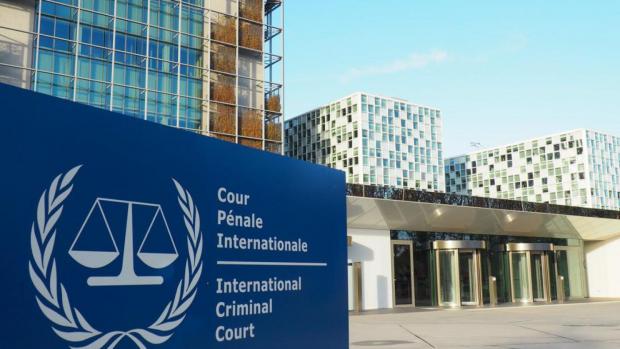 US Wants the ICC Only Prosecuting Its Victims

The International Criminal Court (ICC) in the Hague announced its intention to investigate "alleged crimes committed on the territory of Afghanistan" by the Pentagon, US intelligence operatives, Afghan forces, and the Taliban.

There's no ambiguity about centuries of US high crimes — from colonial America to the present day worldwide.

They include genocide against Native Americans and people of other nations in multiple theaters.

According to the Genocide Convention, the crime involves actions "committed with intent to destroy, in whole or in part, a national, ethnical, racial or religious group."

Other US international crimes include aggression as defined by the UN, the Nuremberg Tribunal, and the Rome Statute of the International Criminal Court (ICC).

Crimes of war and against humanity, as defined by the Geneva Conventions, other international law, and the Uniform Code of Military Justice have been and continue to be committed by the US globally.

Torture is official US policy, a breach of the UN Convention against Torture and Other Cruel, Inhuman or Degrading Treatment or Punishment, and the US Constitution that prohibits "cruel and unusual punishments."

Washington is complicit in international illicit drugs trafficking, the CIA and major US banks profiting hugely from it.

State terrorism, masquerading as war on it, is official US policy — ongoing at home and worldwide.

So is maritime piracy in international waters directly or by using other countries to commit this crime.

And the US is complicit with the crime of apartheid by partnering with Israel's oppression of long-suffering Palestinians — including by supplying its ruling regimes with billions of dollars annually, the latest weapons, and unconditional political support.

By virtually every conceivable standard, the US is a rogue state, a pariah state, a lawless state — waging war on humanity at home and abroad, the same true about Israel.

In denouncing the ICC for pursuing a probe of US war crimes in Afghanistan, unindicted war criminal Pompeo called US aggression in Afghanistan "counterterrorism (sic)," adding:

"We cannot, we will not stand by as our people are threatened by…kangaroo court" proceedings (sic).

"The ICC…threaten(s) Israel with an investigation of so-called war crimes (sic) committed by its forces and personnel in the West Bank and in the Gaza Strip."

There's no ambiguity about US, NATO, and Israeli crimes of war and against humanity, accountability never forthcoming for high crimes too grievous to ignore.

According to Pompeo and likeminded extremists, preemptive wars and other major breaches of international law constitute the "right to self-defense (sic)."

Throughout its near-two decade history, the ICC focused on prosecuting victims of US-led imperial crimes instead of the guilty parties.

If it goes another way by pronouncing the US and Israel guilty of indisputable international crimes, it'll be the first time in Court history that it fulfilled the mandate it's sworn to observe.

The Trump regime is hellbent to prevent this from happening by dirty business as usual US tactics.

They include imposing illegal sanctions on ICC officials, visa restrictions, and perhaps other unacceptable actions.

The "American commitment to justice and accountability" claimed by Pompeo is none at all.

Hegemons like the US operate extrajudicially by their own rules exclusively.

Ignoring the rule of law, they do what they please, blaming victims for high crimes committed against them.

US war secretary Esper made comments similar to Pompeo's.

Turning truth on its head, he falsely claimed the ICC probe of US actions "are inconsistent with fundamental principles of international law and the practice of international courts (sic)," adding:

"We have a proven record (of) address(ing) any of our personnel's alleged violations of the laws of war (sic)."

"This includes investigating and prosecuting…alleged abuse(s) or any other misconduct (sic)."

Former Israeli prime minister Ehud Olmert and other Jewish state officials falsely called the IDF the "most moral army" in the world — ignoring its highest of high crimes of war, against humanity, along with illegal occupation, colonization and apartheid.

Esper turned truth on its head the same way, saying:

"(T)here is no other force more disciplined and committed to compliance with the laws of war than the United States military, which has made lasting contributions to the cause of justice and accountability in armed conflict (sic)."

Hegemons never admit responsibility for their high crimes or apologize, accountability never forthcoming for their victims.

Whatever actions the ICC may take in its probe of US and Israeli war crimes, whatever findings it may report, whatever it may call for or demand won't deter both countries from waging endless wars on targeted nations and people.

It won't stop them from killing, brutalizing, and otherwise breaching core international laws, principles, and standards.