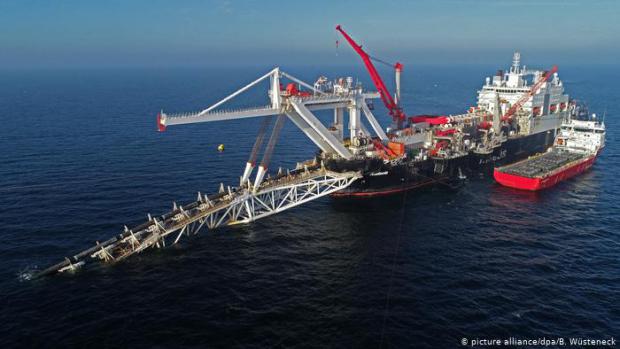 Both right wings of the US one-party state are at war by hot and other means on all nations it doesn't control.

Washington's agenda is all about advancing its imperium politically, economically, financially, militarily,  and through trade — seeking an advantage over all other nations, including allies.

What's gone on throughout the post-WW II period is a conspiracy against peace, the rule of law, governance the way it should be, and respect for the sovereign rights of all nations — hostility toward none.

The US notably wants China, Russia and Iran marginalized, weakened, contained and isolated.

Tactics against them feature propaganda and sanctions war, along with other disruptive actions.

Russia's Nord Stream 2 gas pipeline is a key target the US wants undermined.

When completed, the 745-mile-long pipeline beneath the Baltic Sea "will carry up to 1.942 trillion cubic feet of gas per year (about 55 billion cubic meters) from Russia to Germany through the territorial waters or exclusive economic zones of Denmark, Finland, Germany, Russia and Sweden," Sputnik News reported.

Russian natural gas is around 30% cheaper than US liquified natural gas (LNG), why Western Europe highly values it.

Threatened US sanctions on companies involved in the project's construction slowed its completion, what's expected in Q I 2021, according to Russian authorities.

It targets all nations and enterprises involved in the project, including underwriting, insurance and reinsurance companies.

Co-sponsor neocon Ted Cruz defied reality, claiming that the pipeline poses "a critical threat to America's national security and must not be completed."

"Congress must once again take decisive action and stand in this pipeline's path."

Illegal US sanctions war on the project is all about wanting to maximize exports of expensive US LNG by minimizing the supply of low-cost Russian natural gas to European countries.

According to new legislation likely to be overwhelmingly passed by both houses and signed into law by Trump, anyone involved with Nord Stream 2 in any capacity will "face crippling and immediate American sanctions," Cruz roared.

The measure may be included in FY 2021 National Defense Authorization Act (NDAA) legislation to smooth easy enactment into law in the coming weeks.

CEO Alexey Miller of Nord Stream 2 owner Gazprom said Russia will complete construction of the project on its own — to be operational in January or shortly thereafter.

"We are following the development of the situation around Nord Stream 2 in the USA, but we do not comment on this."

"Our principled position regarding extraterritorial sanctions is also clear. We reject them."

In early June, Germany's Federal Cabinet said "(t)he government will not initiate the discussion of retaliatory measures, diplomatic sanctions or entry bans against those responsible for the Nord Stream 2 sanctions."

"The government believes that such measures are not useful. Additionally, the government draws attention to the fact that countermeasures to sanctions can only be introduced in agreement with the European Union."

Unacceptable policies supported by the Trump regime and most congressional members threaten to fracture US relations with countries like Germany.

Its decision to shift from nuclear to other energy sources makes completion of Nord Stream 2 essential to the country.

The negative effects of US economic collapse on the country's shale industry natural gas, halting much of its production from the plunge in energy prices, makes reliable Russian supplies all the more important.

Nord Stream 2 will be completed in the months ahead. Hostile US actions only slowed its construction.

Russia is a reliable political and economic partner with European and other countries.

Its cooperative outreach is polar opposite Washington's rage to dominate other nations.

"The German government has long had the view that sanctions with extraterritorial effects are in conflict with international law, and that they're not a contribution to advancing international cooperation."

Once Russian gas begins flowing through the pipeline to Germany, will the US impose illegal sanctions on the country and its entities or will it try undo damage already done by backing off?

US War on Russian Natural Gas