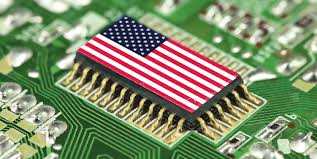 North Korea to Cyberattack US Election?

North Korea is one of countless numbers of nations that have been grievously attacked and otherwise harmed by the US.

Throughout its post-WW II history, it never attacked another country preemptively — not South Korea or any others, threatening none now except in self-defense if attacked, its legitimate right under international law.

Reinvented history claiming otherwise, along with endless Big Lies and mass deception, got most Americans to falsely believe that the DPRK threatens US security.

It's never been the case throughout its history, clearly not now.

Yet anti-North Korea propaganda rages, the way the US and establishment media operate against all sovereign independent nations.

None threaten the US — not China, Russia, Iran, North Korea or any others.

Not according to the Voice of American propaganda, VoA on Thursday, falsely claiming:

Cutting off official communication channels with Seoul, blowing up the inter-Korean liaison office in its own territory, and perhaps holding war games are because of frustration over its rebuffed good faith efforts for rapprochement with the US and South Korea's Moon Jae-in.

VoA turned truth on its head like countless times before on all geopolitical issues, saying:

"North Korea has a long history of periodically ramping up tensions in order to extract economic and other concessions from the South (sic)."

He's "threaten(ing) to extinguish the fragile detente with a new cycle of bellicose actions and military provocations (sic)."

No detente with the US, West or Seoul existed throughout North Korean history — just the occasional illusion of improved relations, never sustained because of US duplicity.

The fault lies with Washington, the West, and US pressured South Korean governments, not Pyongyang.

A hostile Washington Post article claims that "(m)ore than 2.6 million people live under slavery in (North Korea), the vast majority of them forced to work by the state," citing a dubious 2018 Global Slavery Index.

She's the daughter of Tony Maurice, a key figure involved in the white supremacist Australian League of Rights organization.

The Forrests' interest in North Korea is exploitive, how they operate domestically.

The so-called Global Slavery Index ignored tens of millions of US and other Western wage slaves, workers receiving poverty or sub-poverty pay — mostly in rotten part-time or temp jobs with few or no benefits.

The Wall Street Journal called North Korea a "provocative northern neighbor" to Seoul (sic) — ignoring nearly 75 years of unacceptable US hostility toward a nation threatening no one.

The so-called Kim Koo-Korea Foundation wants the DPRK transformed into a US vassal state.

Its North Korea specialist Sung Yoon-lee was quoted, claiming that he "fully expect(s) North Korea to test its own capabilities to see what it can get away with by hacking into the US election system (sic)" — citing no corroboration evidence because none exists, adding:

It's "part of the growing escalatory strategic playbook which will be punctuated by a more serious provocation, like an ICBM or even nuclear test (sic)."

It never did before in US history — in sharp contrast to scores of US attempts to manipulate foreign elections to assure pro-Western regimes run things.

What possible benefit could North Korea gain by trying to interfere with US elections — the same true about all other countries.

North Korea's pledge to "build up a more reliable force to cope with longterm military threats from the US" is all about legitimate self-defense, not intended belligerence the way Washington and the West operate.

The US is a one-party state with two right wings. Policies of both are much the same on virtually all major domestic and geopolitical issues.

They include perpetual hostility toward all nations not controlled by the US, including North Korea.

No foreign threats to US national security exist, just invented ones to unjustifiably justify spending countless trillions of dollars on militarism and endless preemptive wars.

It comes at the expense of governance the way it should be and cooperative relations with other countries.

The American way is all about wanting dominance over allies and adversaries alike — demanding the world community of nations bend to its will.

It's a prescription for endless militarism and belligerence over badly needed peace, equity, justice, and adherence to the rule of law.