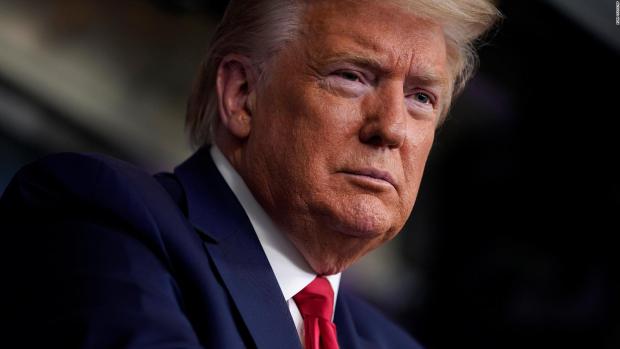 The Plot to Make Trump a One-Term President?

Why would perhaps a majority of the US ruling class want Trump defeated in November?

Even though he's far from a prototypical Western leader — a businessman/reality TV personality turned politician — he aided and abetted the greatest wealth transfer in US history.

He serves the military, industrial, security, media complex by maintaining a permanent state of war in multiple theaters.

Throughout his tenure, his populist red meat rhetoric aimed at supporters concealed his one-sided service to the nation's ruling class at the expense of ordinary Americans.

His surprise November 2016 triumph over Hillary was likely because most US power brokers decided she was damaged goods, too contentious to lead.

They likely cut a deal with Trump to assure no change in longstanding US dirty business as usual.

He won by fair or foul means. She lost, but now the tables may be turned.

Is he now viewed as too contentious to lead, longtime establishment figure Biden considered a safe alternative?

I have either been a student of or a practitioner of American diplomacy and foreign policy for over 35 years, and in the course of that time I have witnessed time of extreme tension between the United States and some of its allies over policy positions, over personal approaches of the president at the time," adding:

"But never over my entire career have I seen a US president who was not only completely willing, but seemed to take great glee, in public insults, in obviously and intentionally demeaning ways of trying to tear down other heads of democratic (sic) states."

Other Trump critics made similar comments, including world leaders.

Before elected in 2016, then-Argentinian President Macri called him a "crackpot presidential candidate."

Canadian Prime Minister Trudeau indirectly criticized his travel ban that affects targeted countries, saying: "Canadians will welcome you, regardless of your faith."

China's Xi Jinping said "bilateral relations (with the US) have been affected by some negative factors."

It "put(s) into question the last 70 years of American foreign policy."

"What a mess she and her representatives have created. I told her how it should be done, but she decided to go another way."

Current UK PM Boris Johnson accused Trump of "failing to lead (and) letting the air out of the tires of the world economy."

Germany's Angela Merkel said "(t)he times in which we could completely depend on others are on the way out. I've experienced that in the last few days" in dealing with Trump.

Among other issues was his demand for German auto companies to produce them for the US market in America, threatening tariffs otherwise.

Threatened sanctions on German and other companies involved in Russia's Nord Stream 2 gas pipeline notably riled Berlin — wanting the project completed with no foreign attempts to undermine it.

France's Macron complained that Trump "turn(ed) (his) back on us."

In response to a French digital tax on US tech companies, Trump said "(w)e will announce a substantial reciprocal action on Macron's foolishness shortly."

Imposing tariffs on allied nations soured relations. The same goes for lashing out at critics, including calling Canada's Trudeau "very dishonest and weak."

DJT slammed her response, calling it "nasty and inappropriate."

DJT infuriated Mexico by saying its government "will pay for the (border) wall" between both countries.

Russia's Vladimir Putin hoped for improved relations with the US under Trump. Instead, they "deteriorated" further, he explained.

A new Reuters/Ipsos poll has Biden leading Trump by 13 points — 48% of registered voters expressing support for the presumptive Dem nominee, only 35% for Trump.

According to an average of polls conducted in June show Biden with an 8.5 point lead over Trump — 50.2% - 41.7%, according to Real Clear Politics.

Biden is leading in key battleground states, including Florida, Ohio, Pennsylvania and Michigan.

If the presidential election was held today, he'd triumph over Trump by a landslide margin.

Clearly he's aided by economic crisis conditions that produced record-high unemployment — a greater main street Depression than during the 1930s that's likely to be protracted.

Except at times of real public emergency threatening public safety, Americans vote with their pocketbooks.

With little being done by the White House and Congress to stimulate economic recovery and jobs creation, an agenda prioritizing neoliberal harshness, Dems may be poised to keep control of the House, gain it over the Senate, and make Trump a one-term president.

GOP power brokers fear losing out in November. A new Marist poll showed 43% of registered Republicans want a standard bearer other than Trump, only 46% against the idea.

There's no prospect of a second Dem impeachment attempt, wanting him forced from office this way — not with Biden well ahead in polls and November a few months away.

Is John Bolton part of an anti-Trump conspiracy?

Aside from likely wanting to cash in from a tell-all book at an opportune time, greatly aided by anti-Trump media publicity, his so-called memoir will be available for purchase next week — despite a Trump Justice Department lawsuit attempt to block its publication on grounds of it containing classified information.

Advance copies were sent to media, including the Washington Post, saying:

Trump sought help from China's Xi Jinping to aid his reelection campaign — despite his regime calling Beijing Washington's public enemy No. One.

Did he record them by concealed wire to have plenty of red meat for a book planned after becoming Trump's national security advisor?

He claimed key regime officials, including Pompeo, threatened to resign over holding up military aid to Ukraine last year by Trump.

It says AG Barr expressed concerns about Trump's behavior, damaging his image and the office he holds.

Hardline Bolton, a figure who never met a country not controlled by the US he didn't want raped and destroyed, clearly has a cross to bear over his dismissal as national security advisor.

"Said all good about me, in print, until the day I fired him."

"A disgruntled boring fool who only wanted to go to war."

"Never had a clue, was ostracized & happily dumped. What a dope!"

Are establishment long knives out to dump Trump by preventing his November reelection?

Are things being manipulated to assure it?

While the jury is still out, all of the above suggests things are moving in this direction.

Will a Biden presidency make a positive difference?

For nearly half a century as US senator and vice president, he fully supported dirty domestic and geopolitical business continuity.

His record in office is proof positive of opposition to world peace and governance serving all Americans equitably — notions he and the vast majority of Dems abhor and won't tolerate.

Both right wings of the US one-party state operate the same way on major domestic and geopolitical issues.

The only differences between Trump and Biden are party label and style — virtually nothing else on what's most important to most people.

It's why Dem party bosses want him as standard bearer in November. The same goes for anti-Trump establishment media.

No matter how US November elections turn out, continuity will be assured like always before.