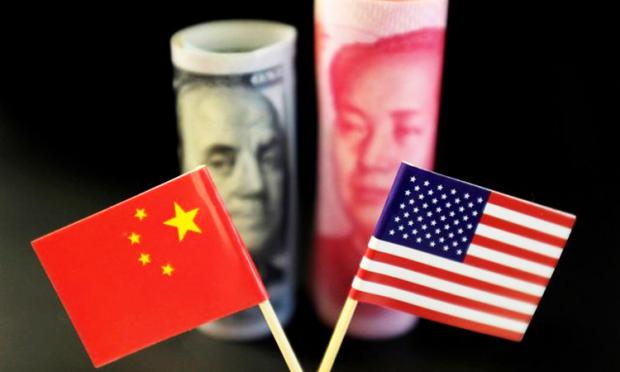 No Breakthroughs from US/China Meeting to Ease Tensions

Both officials met in Hawaii, the meeting requested by Pompeo at at a time of dismal bilateral relations that risk rupture or possible confrontation.

Still, bilateral communications are better than cutting them off altogether despite no chance of resolving major bilateral differences.

For the US, they're all about China's unstoppable development, heading toward becoming the world's leading economy, already a prominent nation on the world stage.''

It's why the vast majority of nations want normalized ties, including most European ones.

The problem of dealing with the US diplomatically is that it doesn't negotiate. It demands, wanting other countries to bend to its will, even when harming their own interests.

Nations unwilling to accept what's clearly unacceptable face unrelenting US pressure and bullying that time and again leads to war by hot and/or other means — what the scourge of US imperialism is all about, an unparalleled threat to humanity.

A brief statement by Pompeo's spokesperson following Wednesday's meeting with Yang ignored a relationship near its breaking point, the US bearing full responsibility.

According to China's Foreign Ministry spokesman Zhao Lijan, "Yang pointed out that he hoped China and the US would be accommodative to each other…pushing their bilateral relations to the track of coordination, cooperation and stability" — knowing full well the prospect for normalization is virtually nil.

Hegemons don't operate cooperatively with other nations, especially rival independent ones like China.

"China's determination to push for a national security law in Hong Kong is unshakeable. China resolutely opposes US interference in Hong Kong affairs and the G7 foreign ministers releasing a statement on" the city that's part of the country's sovereign territory.

He noted that Yang stressed China's one country, two systems policy on Taiwan, along with expressing great displeasure about unacceptable US anti-China legislation.

Diplomatic language aside, including Xinhua reporting that Yang and Pompeo "agreed to take action to seriously implement the consensus reached by their leaders, and to continue communication," the breach between both countries remains wide, deep, and unreconcilable on major issues vital to China's development.

According to international relations expert Shi Yinhong, "(i)t is unlikely to see either side make significant compromises on (major) issues to enable substantial easing in tensions for a long enough period of time," adding:

"Maintaining (diplomatic) contact by itself cannot ensure any meaningful improvement in bilateral relations."

Both countries have had diplomatic relations for decades. Yet current bilateral relations are more dismal than at any time throughout the post-WW II period.

Time and again, diplomatic outreach to the US by sovereign independent nations like China accomplish nothing.

Even when agreement is reached on major issues, the US side usually breaches what it pledged, why both right wings of its one-party rule can never be trusted.

It's why diplomacy with the US most often accomplishes little or nothing. The only language its ruling class understands is toughness.

Nothing else gets its attention, and like all bullies, it shies away from belligerent confrontation with nations able to hit back hard.

Loose cannon Pompeo is a diplomat in name only, a figure abhorrent of cooperative relations with other nations — belligerence and other hostile actions his favored options.

Treating China as an adversary assures continued widening of the bilateral breach that could lead to confrontation by accident or design.

Beijing will cooperate with the US and other nations as long as its sovereign rights are respected — clearly not the case in dealings with Washington.

It's why Yang's Wednesday meeting with Pompeo, that reportedly lasted about seven hours, achieved nothing.

Nor will further bilateral discussions do better as long as the US side makes unacceptable demands, offers nothing but deceit in return, and continues waging war on China by other means.

As the country grows more prominent on the world stage at a time of US decline, bilateral relations are likely to get more irreconcilable than cooperative.

Beijing fully understands what it's up against in dealings with the US.

It's a hostile power seeking dominance over all other nations, even-handed cooperative relations with none.

It's a prescription for bilateral discord that risks possible confrontation if the US pushes too far.