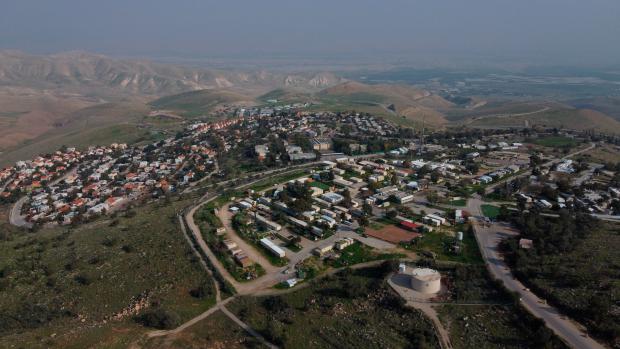 In February 2017, Israel's Knesset adopted the controversial law, opposed by attorney general Mandelblit at the time.

At the time, the Palestinian Center for Human Rights (PCHR) denounced the law, stressing it has no legal validity.

"International law explicitly forbid(s) construction of settlements and the transfer of the occupying power's civilian population into occupied territory."

The Settlements Regularization Law authorizes "a war crime. International law specifically bans harm to Palestinian property in the West Bank for the purposes of development and expansion of settlements."

Arguing for the law, the Netanyahu regime unjustifiably claimed it's justified because it's the "natural right" of Israeli Jews to live anywhere they wish in Judea and Samaria.

It claimed Occupied Palestine isn't occupied. It's a "territory (Israel) took control of…in a defensive war from an illegal sovereign who unlawfully seized it; and that it – Israel – has convincing, well-founded legal arguments regarding it (sic)."

Under international law, the above argument has no legal validity.

The Netanyahu regime further argued that "the laws of occupation (i.e. the laws of belligerent occupation), both customary international law and treaty law do not, de jure apply to the reality of Israeli control over the area (sic)," adding:

"Israeli law allow(s) the military commander in the area (to act) as an agent of the state of Israel, (enforcing the) Knesset legislation (sic)."

On issues regarding Judea and Samaria land, Israel "is not subject to international law (sic)."

"The Knesset has never subordinated itself to…provisions of international law."

International law is clear and unequivocal. It prohibits an occupying power from exploiting or otherwise using controlled territory for its own purposes at the expense of its citizens and residents.

Israel's occupation of the West Bank, Jerusalem and Gaza is flagrantly illegal.

Legislation that never should have been drafted, let alone debated and passed, was struck down last week by Israel's Supreme Court by an 8 to 1 majority, Adalah saying the following:

"This is a significant achievement against (the Netanyahu regime's) threatened impending annexation of parts of the West Bank."

"There exist no circumstances that justify the commission of war crimes – including the transfer of Israeli civilians to occupied Palestinian territory while stealing Palestinian land."

JLAC said the following in response to the High Court ruling:

"The challenge now is to follow up on the demolition of Israeli settlement construction built on private Palestinian land and ensure that these lands are returned to their owners – an undertaking that the Israeli state and military will make all efforts to block."

A statement by Netanyahu's hard right Likud party contemptuously accused the High Court of intervening against "settlement activity and its future" — vowing to re-enact the law.

The law "in its format runs counter to the constitutional situation in Israel, and its legal problems were known at the time of its approval."

"We respect the High Court's ruling and (will) ensure it is implemented."

Given Israel's long history of land theft and other breaches of international law, along with Netanyahu's vow to illegally annex Israeli settlements and the Jordan Valley, the chance for stolen Palestinian land being returned to its legal owners by law suits or other ways may be mission impossible.

In 1979, Israel's Supreme Court ruled that land seizures by the state were legal because settlements enhance Israeli security — the Elon Moreh settlement ruling.

In response to petitioners against the ruling, including former IDF chief of staff Chaim Bar Lev, saying "Elon Moreh, to the best of my professional evaluation, does not contribute to Israel's security," the High Court reversed its initial ruling, ordering Elon Moreh land returned to its Palestinian owners.

An alternative site was chosen for the settlement on stolen Palestinian land.

The ethnic cleansing of historic Palestine began in 1947-48.

It continues over 70 years later — the world community doing nothing to stop it.