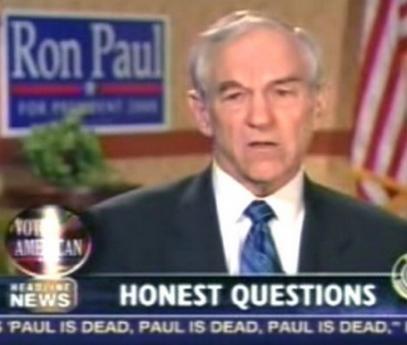 Last week I highlighted the irony of sending nearly $1 billion overseas in military earmarks as we close down bases here at home to save money.  Our government's flawed foreign policy troubles me this week especially.

Benazir Bhutto's assassination was a great tragedy.  Pakistan is now more than ever teetering on chaos.  And all the money we have sent Musharraf has inadvertently drawn a target on our backs.

Musharraf, unfortunately, appears to have learned how to work our system, much in the way a career welfare recipient has learned to do the same.  The perpetual welfare recipient promises to look for a job.  Musharraf has promised to look for Bin Laden.  Both are terrible investments of American taxpayer dollars, however with Musharraf, its been an astonishing $10 billion loss over the last few years.  But it is even worse than that.  With his recent actions declaring martial law, and dismissing the justices of the supreme court, he is to the rest of the world, and to Pakistanis, a wildly unpopular, power hungry, brutal military dictator.  The perception by most is that we are propping him up while simultaneously urging Ms. Bhutto back into Pakistan as a lamb to the slaughter.

The trouble is the average Pakistani will have little doubt regarding Bhutto's death, regardless if it was orchestrated by Musharraf or not.  At this point It is almost irrelevant who was responsible or how she died.  The perception is what will fuel the anger.  My great fear is their anger towards Musharraf's military regime will be targetted towards his enablers - the United States.

This is the problem with our government involvement in the internal affairs of other nations.  Our friend one day is our enemy the next.  And all our friends' enemies become our enemies.  How many times have we armed BOTH sides of a conflict because of this?  There is little for us to gain from this policy, and simultaneously a lot of trouble we get ourselves into.  It is not a rational or intelligent way to interact with the world.

The administration has behaved as if there are only two choices in foreign policy - sending money or sending bombs.  Our founding fathers knew a better way - to talk with our neighbors, do honest business with them, cultivate friendship, allow travel and open communication.  We should neither initiate violence, nor take sides in conflicts that are none of our business.  The American taxpayers are working hard enough to support their families here at home.  If an American wants to send money overseas for a conflict or cause, let them, but do not slap Americans in the face by forcefully sending their children's college money abroad to subsidize despotic foreign governments.  Our children should be going off to college, not going off to more senseless foreign wars.

I was deeply saddened to hear of Benazir Bhutto's death.  My hope is that we can change our foreign policy moving forward and truly make strides this year toward peace on earth and goodwill toward men.