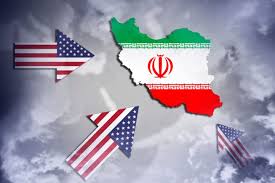 Core international law prohibits intervention by nations in the internal affairs of others — by force or any other means.

UN Charter Article II prohibits it, mandating all member states to "settle…disputes disputes" according to the rule of law.

It bans the threat or use of force by one nation against another.

Under Article 41, unilaterally imposed sanctions by one nation against others have no legal validity.

No nation or combination thereof may intervene against another without Security Council authorization — permitted only to enforce the rule of law when breached by a nation-state.

US sanctions on targeted nations constitute war by other means.

They're weaponized to pressure, bully, and terrorize targeted nations to bend to its will.

Nations observing them are complicit in law-breaking.

Years before creation of the UN Charter, the 1933 Montevideo Convention of Rights and Duties prohibited nations from intervening in the internal affairs of others — calling their sovereign territory "inviolable."

The core principle of non-intervention was also affirmed by:

The Organization of American States

The Organization of African Unity.

The League of Arab States.

The First Conference of Heads of State or Government of Non-Aligned Countries, and other international agreements.

Since at least the mid-19th century, especially throughout the post-WW II period, the US repeatedly interfered and continues interfering in the internal affairs of other nations unlawfully.

All nations unwilling to subordinate their sovereign rights to its interests are targeted.

US anti-China shoes continue to drop, retaliation by Beijing virtually certain in its own way at a time of its choosing.

Both measures will be reconciled and signed by Trump to become US law in the coming days.

Among 535 congressional members, not a single profile in courage opposed what breaches the UN Charter, the Montevideo Convention, and US Constitution — rendering the measure invalid under international and the supreme US law of the land.

Ahead of Thursday's House vote, China's Foreign Ministry spokesman Zhao Lijian said unacceptable pressure by external forces will not "shake (its) determination and will to safeguard national sovereignty and Hong Kong's prosperity and stability," adding:

If new US anti-China legislation is signed into law by Trump, Beijing "will definitely take strong countermeasures, and all consequences will be borne by the US side."

On the same day, Mike Pence said Trump "made it clear that we're going to be modifying our trading relationship and the trading status with regard to Hong Kong…"

It imposes "sanctions on entities that violate China's obligations to Hong Kong (sic)," as well as "secondary sanctions on banks that do business" with sanctioned entities.

The state of governance in the US continues to probe new depths of contempt for what just societies hold dear.

Not even the pretense of respect for the rule of law any longer exists.

US war on humanity at home and abroad rages by hot and other means.

It's almost irrelevant who serves as president and in key congressional positions.

Dirty business as usual continues with nary missing a beat — including domestically by unleashing coronavirus war on ordinary Americans.

It's all about engineering the greatest ever wealth transfer from most Americans to privileged ones, letting corporate giants consolidate to greater size and market dominance by eliminating competition, and one more thing.

During the 2016 presidential campaign and throughout his time in office, establishment media denigrated Trump for the wrong reasons, ignoring his worst offenses, notably endless wars by  hot and other means against invented enemies.

With few exceptions, the US fourth estate wants revenge for his triumph over media darling Hillary.

Americans most often vote with their pocketbooks. Incumbent presidents are hard to defeat in more normal times.

Engineered economic collapse by US dark forces created the Greatest Depression in the country's history, affecting most ordinary Americans.

One of its goals appears to be a plot to defeat Trump in November.

Polls show his weakness. According to an average of ones conducted from mid-to-late June, reported by Real Clear Politics, Biden is favored over Trump by 9.3 points, the wide margin what landslide elections are made of if things hold at or near this level to November.

Much like Hillary with a gender difference, he's no populist champion, far from it.

Throughout nearly half a century as US senator and vice president, he supported endless wars, corporate favoritism, police state toughness on nonbelievers, and other policies hostile to the public welfare.

It aims to counter months of violence, vandalism and chaos that rocked Hong Kong.

Led by 5th column elements, what's gone on was orchestrated by US dark forces, aiming to destabilize and weaken China.

On Tuesday during the 44th session of the UN Human Rights Council (UNHRC) in Geneva, 53 nations expressed support for China's new law, 27 opposed, largely Western ones pressured by the US to back its anti-China agenda.

A Cuba-led joint majority statement stressed the illegality of nations interfering in the internal affairs of others, citing the UN Charter.

All countries are obligated to protect their national security by legislation and other means.

No nations may legally interfere in this right. Hong Kong is an inseparable part of China, the Cuba-led joint statement stressed.

In June 2018, the Trump regime withdrew from the UN Human Rights Council, falsely claiming anti-Israel bias at the time.

Calling on Beijing to "reconsider…this legislation" ignored its legal right to enact and enforce it.

Even though it's no longer a UNHRC member, the US uses proxies to represent its imperial interests.

The US envoy "to the United Nations issued a seriously biased statement, making baseless comments on China's human rights situation and interfering in China's internal affairs."

US rage to dominate other nations by whatever it takes to achieve its aims is the greatest threat to world peace, stability and security.