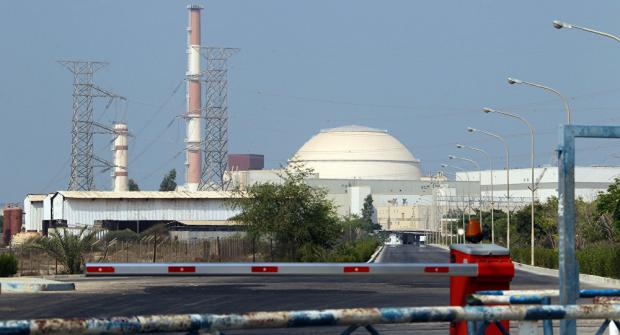 Iran's legitimate nuclear facilities have no military component, according to the IAEA nuclear watchdog organization and annual US intelligence community assessments of global threats.

Days earlier, Iranian Foreign Minister Zarif explained that legitimate Iranian nuclear sites are subject to unprecedented scrutiny by the IAEA — devoting "92 percent of (its) inspections" to its facilities.

Nuclear armed and dangerous Israel permits no monitoring of its bomb development and producing sites.

The same goes for the US. Yet both countries, NATO, and their imperial allies are waging forever wars in multiple theaters — posing an unparalleled threat to humanity's survival if things are pushed too far.

In contrast, Iran hasn't attacked another country in centuries, threatening none now — except in self-defense if attacked, its legal UN Charter right.

Over the past week, Iranian facilities experienced unexplained blasts, including a fire, reportedly caused by an explosion (possibly triggered by a cyberattack), causing extensive damage to its Natanz nuclear site last Thursday.

On Friday, Iran said it determined the cause of what happened. For security reasons, it'll be announced at a later time, a statement said.

"Responding to cyberattacks is part of the country's defense might."

"If it is prove(d) that our country has been targeted by a cyberattack, we will respond."

The Natanz Fuel Enrichment Plant is located on a 100,000 square meter site — much of it built eight meters underground. Around a one-story portion is above ground.

It'll be on an enlarged site for advanced hardware to replace extensive damage to measuring equipment and precision instruments.

On Sunday, Iranian MP Abolfazl Amouei said a report of damage to Natanz was sent to the IAEA Board of Governors.

Separately, the IRNA news agency suggested that sabotage by the US or Israel may have caused the incident at Natanz, stopping short of accusing either country for what happened, a report saying:

"So far Iran has tried to prevent intensifying crises and the formation of unpredictable conditions and situations," adding:

"But the crossing of red lines of the Islamic Republic of Iran by hostile countries, especially the Zionist regime and the US, means that strategy…should be revised."

Unnamed Iranian officials blamed sabotage for the Natanz incident, stressing that the nation's enemies carried out similar attacks in the past.

The computer virus infected its Bushehr nuclear facility. At the time, operations were halted indefinitely.

Israel and the US were blamed. Had the facility gone online infected, Iran's entire electrical power grid could have been shut down.

A more destructive virus called Flame malware was known at the time.

According to Internet security experts, it's 20 times more harmful than Stuxnet.

Perhaps a state-of-the-art US and/or Israeli virus today is even more powerful and hard to detect until damage is done.

Iran's military-industrial and legitimate nuclear sites are likely US/Israeli targets for maximum disruption — part of US-led longstanding war on the Islamic Republic by other means.

"Iran has established underground onshore and offshore missile cities all along the coasts of the Persian Gulf and the Gulf of Oman, which would be a nightmare for Iran's enemies" if they preemptive attack the Islamic Republic, adding:

"The IRGC Navy is present everywhere in the Persian Gulf and the Sea of Oman, in every place that the enemy would not even think about."

Iran is the region's leading proponent of peace, stability, and mutual cooperation with other nations.

It' militarily preparedness is all about defending the nation if preemptively attacked.

The US, NATO, Israel, and their imperial allies pose the greatest threat to regional and world peace.

Given the grave threat to its security posed by these nations, it's essential for Iran to be prepared to defend the nation if struck.

US rage to transform the Islamic Republic into a vassal state makes unthinkable war on the country possible.