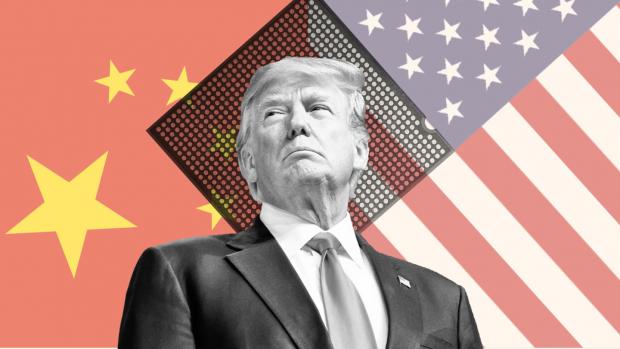 Are things heading toward US instigated belligerence — targeting a nation able to hit back hard against an aggressor?

What's unthinkable is possible by accident or design because the US under both right wings of its war party aims to rule the world unchallenged.

Its permanent war agenda by hot and/or other means risks crossing an unthinkable red line — the madness of possible belligerence against China, Russia, or Iran.

These nations can respond strongly if the US dares attack them preemptively.

Hardline figures surrounding geopolitical know-nothing Trump are responsible for dangerously escalating US war on China by other means toward something potentially hot.

On Monday, Pompeo pushed the envelope further by his continued hostile anti-China war of words.

Defying US global hegemonic aims, he falsely claimed the Trump regime aims "to preserve peace and stability (sic), uphold freedom of the seas in a manner consistent with international law (sic), maintain the unimpeded flow of commerce (sic), and oppose any attempt to use coercion or force to settle disputes (sic).

Fact: Hard-wired US geopolitical policy is polar opposite the above claims.

Fact: It's all about demanding other nations bend to its will, seeking unchallenged global dominance by pressure, bullying, or preemptive wars if other tactics fail to achieve its aims.

Fact: Nations unwilling to sacrifice their sovereign rights under international law to US interests are targeted for regime change by hot and/or other means.

Fact: Preemptive US hot wars rage endlessly in multiple theaters against nonbelligerent nations threatening no one.

US geopolitical toughness in defiance of international, constitutional, and its own statute laws is the stuff global conflicts are made of.

If launched by the US, global war 3.0 in the nuclear age could destroy planet earth and all its life forms.

The human species could be the only one ever to self-destruct, and take all others with it.

An ancient proverb Henry Wadsworth Longfellow included in one of his poems applies, saying:

"Whom the gods would destroy they first make mad."

Powerful US interests consistently overstep, why US war on humanity at home and abroad is endless.

In contrast to US sought dominance of other nations, China seeks cooperative relations with the world community.

All of the above is how the US operates globally, its geopolitical policy throughout the post-WW II period — why both wings of its war party pose an unprecedented threat to world peace, stability, and humanity's survival.

He falsely accused its leadership of "harass(ing) (and) bully(ing)" other Asia/Pacific states — how the US operates globally, including at home against millions of its citizens, notably its most disadvantaged.

Pompeo: The Trump regime "stands with (its) Southeast Asian allies and partners in protecting" exclusive US "rights" to control and pillage regional resources so corporate America can benefit at the expense of its foreign counterparts.

The US has interests over partners, using other nations to advance them at the expense of their own.

In response to Pompeo's hostile remarks, China's US Embassy said the following:

"(T)he US Department of State issued a statement that disregards the efforts of China and ASEAN countries for peace and stability in the South China Sea, deliberately distorts the facts and international law, including the United Nations Convention on the Law of the Sea (UNCLOS), exaggerates the situation in the region, and attempts to sow discord between China and other littoral countries."

Beijing is "committed to resolving disputes through negotiation and consultation with countries directly involved, managing differences through rules and mechanisms, and achieving win-win results through mutually beneficial cooperation."

Under the UN Charter and other international law, the US has no legal right to meddle in the internal affairs of other nations — what it does time and again.

The US has no legal right to intervene in how other nations deal with each other, including in their disputes.

"Under the (phony) pretext of preserving stability, it is flexing muscles, stirring up tension, and inciting confrontation in the region," China's US embassy stressed.

"Under the pretext of endorsing rules, it is using UNCLOS to attack China while refusing to ratify the Convention itself."

"Under the pretext of upholding freedom of navigation and overflight, it is recklessly infringing on other countries' territorial sea and airspace and throwing its weight around in every sea of the world."

US hostility toward China and other nations it doesn't control is all about undermining global peace and stability in pursuit of unchallenged global dominance by whatever it takes to achieve its objectives.

The unacceptable drills repeated what the US has done numerous times before, saber-rattling in parts of the world not its own, provoking nonbelligerent nations, risking more conflicts than already.

Separately, in response to unacceptable US sanctions on Chinese officials last week, Beijing responded in kind.

Beijing warned of further measures if hostile US actions continue — what seems likely based on the current trend through most of Trump's time in office.

Because of unacceptably hostile US actions toward China, bilateral relations are close to rupturing.

The risk of pushing things over the edge to direct confrontation is unacceptably high.

Shipments Of 20,000 Fake IDs From China Seized By Feds Ahead Of Election