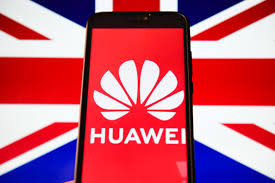 Trump regime hardliners are pushing a diabolical full-court press to weaken and isolate China on the world stage — wanting its economic, industrial and technological development undermined.

I stressed these points in earlier articles, stressing as well the risk that US war on China by other means could turn hot by accident or design.

What's manufactured in the US and escalating is the stuff wars are made of.

Possible global war 3.0 should terrify everyone.

What's unthinkable in the nuclear age is an ominous possibility because Washington is hellbent to rule the world unchallenged by whatever it takes to achieve its objectives.

Two major developments occurred Tuesday. Britain bent to the will of US hardliners as expected.

After initially working with Chinese tech giant Huawei to build out its 5G network, the Boris Johnson regime reversed itself.

Britain is on an "irreversible path" to eliminate what he called "high-risk vendors (sic)."

So-called Chinese "risk" has nothing to do with security issues, everything to do with US war on China by other means and trillions of dollars of market potential that 5G technology represents.

Bipartisan US hardliners want China shut out from what they want to be a sales and profit bonanza for corporate America.

They want other nations to buy American, ignoring Huawei's 5G technological superiority over what US and other Western firms can offer.

Britain's Huawei 5G ban will mean a delay to roll out this technology of two to three years and cost up to two billion pounds, Dowden explained — a high price for bending to Washington's will, likely to be passed on to UK consumers.

Until the policy shift, Britain agreed to let Huawei supply around 35% of its 5G equipment.

No longer. In deference to Washington, harming UK interests, Johnson ignored Beijing's threat of "consequences" by treating China as a "hostile partner."

According to the Johnson regime ruling, UK firms now using Huawei equipment must remove it all by 2027.

They'll incur a significant economic cost by the ruling, along with political fallout for Britain to bear for unacceptably bending to Washington's will.

The US wants Huawei and other Chinese tech firms shut out of the US market and from using US high-tech products.

"We remain confident that the new US restrictions would not have affected the resilience or security of the products we supply to the UK," adding:

"Regrettably our future in the UK has become politicized. This is about US trade policy and not security."

"We will conduct a detailed review of what today's announcement means for our business here."

From last year to June this year, the Johnson regime shifted from relying on Huawei's superior technology to banning it.

What clearly was an unacceptable politicized decision, Johnson acted against the interests of UK telecom firms that urged him not to ban Huawei.

According to Singapore-based geopolitical analyst Greg Austin, Britain was "forced into a corner by (months of) stepped-up US pressure," adding:

Banning Huawei from the UK is "entirely political and based on exaggeration of the intelligence value to China of Huawei's 5G."

The move is a "big blow" to its operations in the country. "Many jobs (will) be lost, and business relationships torn up."

"China will (no longer) trust the UK as a business partner." Beijing will likely take appropriate retaliatory action in its own way at a time of its choosing.

He warned that what happened suggests that Britain may not be safe for Chinese investments.

It's unclear whether other European countries will bend to US pressure and exclude or limit Huawei's involvement in building out their 5G networks.

Unanimously adopted by Congress, not a single profile of courage in either house opposed the unacceptable politicized measure with no legitimacy.

The unacceptable HKAA was adopted as part of Washington's war on China by other means.

The measure imposes unlawful sanctions on entities the US claims "violate China's obligations to Hong Kong," along with secondary sanctions on banks doing business with these entities.

Ignored by the HKAA is that the city is sovereign Chinese territory. Under the UN Charter and other international law, nations are forbidden from meddling in the internal affairs of others — what never deters the US and its imperial partners from doing as they please extrajudicially.

In response to Trump's signing the measure into US law — that contravenes international and US constitutional law — a statement by China's Foreign Ministry said the following:

"It is gross interference in Hong Kong affairs and China's internal affairs."

Separately, Trump signed an executive order that ends US preferential treatment and special trade arrangements for the city.

Threatening no one, Beijing seeks cooperative relations with other countries in contrast to US sought global dominance by pressure, bullying, bribing, and smashing other nations if other tactics don't accomplish its aims.

It's a prescription for endless wars on humanity by hot and/or other means.

Considered US public enemy No. 1 for its growing prominence on the world stage, bipartisan Chinaphobes in Washington risk hot war with a nation able to hit back hard if preemptively attacked.