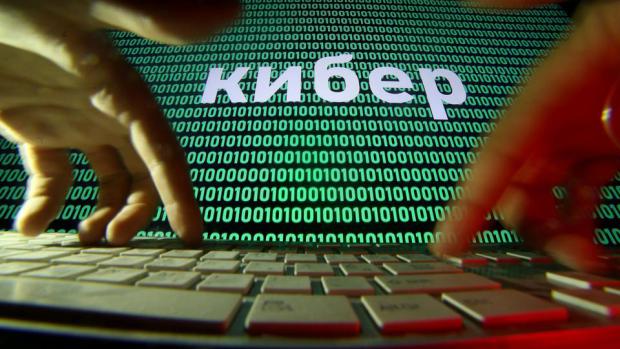 In recent years, Russia has been falsely accused of all sorts of malign activities, part of longstanding US-led propaganda war on the country.

Establishment media are complicit by proliferating misinformation, disinformation, fake news and Big Lies — polar opposite what journalism the way it should be is all about.

False Russophobic accusations include the following, an incomplete list:

Election meddling in the US, UK and elsewhere (sic),

Killing the Skripals in Britain (sic),

Hacking and cyberattacks on the West (sic),

Paying Taliban fighters to kill US and UK soldiers (sic),

COVID-19 fear-mongering to sow panic in the West (sic),

Stealing US and other Western coronavirus vaccine research (sic), and other alleged malign activities.

On all of the above and other Russophobic accusations, no independently verified evidence is ever presented to corroborate claims because none exists.

Without it, accusations and allegations are baseless, part of US-led Western war on Russia by other means.

What's going on is all about Russia's sovereign independence, free from US control.

Eager for cooperative relations with other countries, confrontation with none, Moscow is unwilling to bow to US interests at the expense of its own.

It's how all nations should operate as international law mandates — not the US, UK, other NATO countries, Israel, and their imperial partners.

Piling on false accusation against Russia continues with disturbing regularity.

Following his July 6 announced (unlawful) sanctions on 25 Russian nationals — part of UK complicity with US war on Russia by other means — he resurrected the Big Lie that won't die claim about Russian election meddling no evidence suggests occurred anywhere abroad.

On Thursday, the UK owned and controlled BBC reported the news, saying the following:

The "Russians almost certainly sought to interfere in the 2019 UK general election through illicitly acquired documents (sic)," according to Westminster, adding:

Fact: Rabb presented no evidence to back his accusation because there is none.

According to the BBC, a Boris John regime report on alleged Russian UK election meddling is due out in the coming days.

It's highly likely to resemble earlier reports on alleged Russian US election meddling by its intelligence community, Congress, and special counsel Robert Mueller — presenting no corroborating evidence of claims made.

According to US Federal Rules of Evidence, accusations and allegations must be backed by substantive, credible evidence — not hearsay, uncorroborated claims, personal opinions, rumors, gossip, or politicized targeting of individuals, entities or nations.

In US criminal trials, guilt must be proved beyond a reasonable doubt, the burden of proof on prosecutors, not defendants — even though time and again things don't turn out this way.

Far too often, countless numbers of individuals are wrongfully declared guilty as charged.

Longstanding injustice once got former US Attorney General Ramsey Clark to say: "Our jails are filled with saints."

He also said the US is "not a democracy. It's a terrible misunderstanding and a slander to the idea of democracy to call us that. In reality, we're a plutocracy: a government by the wealthy," separately saying:

"The greatest crime since World War II has been US foreign policy."

The same goes for its imperial partners, complicit with its crimes of war and against humanity.

"We condemn these despicable attacks against those doing vital work to combat the coronavirus pandemic (sic)."

"Working with our allies, the NCSC is committed to protecting our most critical assets and our top priority at this time is to protect the health sector (sic)."

"The NCSC has previously warned that APT (Advanced Persistent Threat) groups have been targeting organizations involved in both national and international COVID-19 responses," pointing fingers at Russia (sic).

A joint US, UK, Canadian cybersecurity services statement repeated the dubious accusation, no substance backing it.

In response to the latest UK accusations, Putin spokesman Dmitry Peskov slammed them as "unacceptable."

"British authorities are aware of the existence of the Russian National Computer Incident Coordination Center, specially created for this purpose," adding:

"However, we have not received any requests in connection with the specified incidents through official channels."

"Therefore, what we are dealing with is not genuine concern about computer security, but a purely propagandistic step."

It's part of longstanding UK war on Russia by other means in cahoots with Washington.

No evidence ever corroborated claims of Russian election meddling anywhere because none exists.

The nation's VEKTOR State Research Center of Virology and Biotechnology created an accurate COVID-19 test kit, along with independently conducting research on the coronavirus.

No evidence was presented by Britain, the US, or any other country to show alleged Russian theft of foreign COVID-19 vaccine research.

Earlier claims of Russian election meddling and lots more were debunked as Big Lies. Yet they persist and don't die.

Time and again, US, UK, and other Russophobic accusations were baseless.

No evidence suggests the latest ones have credibility earlier ones lacked.

"We have no information on who could've (or may have) hacked the pharma companies and research centers in the UK."

"We can only say one thing. Russia has nothing to do with those attempts" — if any occurred.

"We reject these kind(s) of accusations. Referring to alleged Russian hacking and election meddling claims, Peskov debunked them as baseless and "unsubstantiated."

His claims were "so ambiguous and inconsistent that (they were) practically impossible to understand."

Russia's London embassy warned that any unfriendly steps towards (Moscow) won't be left without a proper and adequate response."

Russian Foreign Ministry on Missile Defense, Venezuela, and Dialogue with US on Strategic Issues