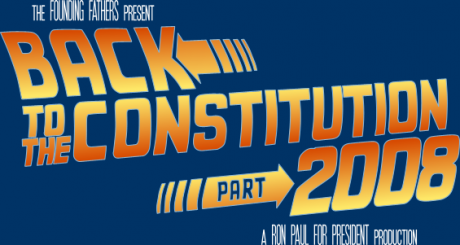 One Christmas tradition Congress could do without is the broken process of passing the annual Omnibus Spending Bill, which we recently did right before the holiday recess.

Every December Congress fights and argues over spending and never seems to be able to pass the necessary appropriations until the very last minute.  There is panic and threats of government shut downs and reduction in essential services.  And they always threaten the essential services, as if there is no waste they could possibly eliminate instead.  This past December, right on cue the administration warned about dire civilian defense department layoffs if the money didn't come soon.

And so at the very last minute the Omnibus was rushed through in a whirlwind, just in time to save the day.  Members of Congress had less than 24 hours to read the nearly 3,500 page bill before a vote was taken.  The bill was supposedly much too important to waste time reading it.

I feel differently.  I feel the important bills are the ones we should take especial care to closely examine.

However, we are led to believe that if the Omnibus bill failed, horrible things would have happened.  But the situation is a setup that ensures our government spending balloons every year just as the elites and special interests dictate.  The vast majority of Members of Congress don't actually know what the money is being spent on until after passage and by then it is too late.

To address this flawed and corruptible process I have proposed a very simple change called the Sunlight Rule, which mandates that bills be presented to Congress and staff for review in their final form no less than 10 days before they come to the floor for a vote.  This would allow the representatives of the American people time to read the bills before having to make a decision on them.  Every now and then you hear criticisms of congressmen and women for not reading the bills.  That is a problem, however in cases like the Omnibus spending bills, a few hours is not nearly enough time to comb through and evaluate the hundreds of pages they contain.  The rules do not currently specify any amount of time that must be allotted for Congress to read or deliberate any legislation before a vote.  That needs to change.

I am hoping that in the New Year more of my colleagues will resolve to take a stand for honesty and due diligence in representing the people of this country and that we can enact the Sunlight Rule.  With it, we will be a wiser, more open Congress and our decisions in Washington will be more deliberative and fully informed as they ought to be.
source:
http://www.house.gov/paul/tst/tst2008/tst010608.htm