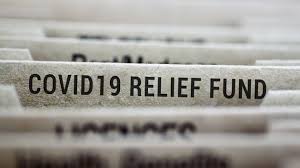 Made-in-the-USA economic collapse is the most diabolical scheme ever concocted by dark forces in the country.

It's all about engineering the largest ever wealth transfer from ordinary people to corporate favorites and the nation's super-rich.

It also aims to consolidate corporate America to greater size and dominance by eliminating many tens of thousands of small, medium-sized, and some large businesses.

There's nothing accidental about what's going on, including COVID-19 outbreaks nationally and worldwide.

What's happening was planned many months in advance before unleashed on Americans and humanity in January — an unprecedented high crime, war by other means on ordinary people worldwide.

A permanent US underclass exploded in size that includes mass joblessness, impoverishment, and misery far exceeding the worst of the 1930's Great Depression.

Instead of New Deal jobs creation programs and other initiatives to help ordinary people during hard times, the Trump regime and GOP congressional leadership reportedly is set to unveil a let 'em eat cake scheme this week. See below.

Based on what's known, it includes scant extended benefits for ordinary Americans in contrast to trillions of dollars of free money for the nation's privileged class.

Both right wings of the nation's one-party state are miles apart on agreeing to extended benefits for the nation's unemployed and otherwise needy.

Reportedly this week, maybe on Monday, GOP House and Senate leadership will introduce a $1 trillion scheme it wants unfolded in stages.

It replaces unemployment benefits of $600 weekly with about 70% of lost wages, less than half of current benefits.

He added that GOP proposed benefits will reduce what's expiring to about $200 weekly, one-third the current amount, along with another $1,200 for qualified low-income households.

Reportedly, the GOP plan extends the eviction moratorium for residential buildings that have federally guaranteed mortgages.

Government aid for millions unemployed Americans with no prospect of returning to work near or longer-term is essential — because of the unavailability of jobs for millions of jobless who want them.

Whatever is agreed on this week by Republicans and Dems, if anything, is likely to be much less than what's needed.

The hardest of hard times ever in America continue with no end of them in prospect for the nation's working class.

Trump Has No Legal Authority to Delay US November Elections

Congress Fails to Agree on Extending Aid to Jobless Americans