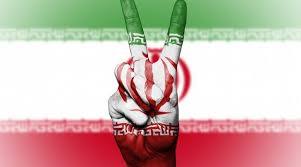 Iran is the leading Middle East proponent of peace, stability, and cooperative relations with other countries.

It hasn't attacked another nation in centuries, threatening none now except in retaliation against aggression by a foreign power if occurs — the right of all countries.

Self-defense is a universal right, affirmed by the UN Charter's Article 51, stating:

Since establishment of the Islamic Republic in 1979 ended a generation of US installed fascist tyranny, Republicans and Dems have been at war on Iran by other means.

Their aim is all about seeking to regain control over the country, its vast hydrocarbon resources and population, along with wanting Israel's main regional rival neutralized.

New millennium forever wars against invented enemies are their favored strategies, a new era of world peace and stability considered a threat to their national security, as well as to key NATO allies partnering in endless wars on humanity.

"Development of our equipment and arms are proportional to the threats and a real understanding of the enemy's weak and strong points."

Ongoing drills in the Persian Gulf are designed to mirror real war conditions to prepare and be ready to counter aggression by a foreign adversary if occurs.

Salami stressed that Iran "will never start an attack on any country, but our tactics and operations are totally offensive" to be ready to counter a possible strike on the nation's territory.

IRGC military exercises include simulated countermeasures against a possible threat posed by a US aircraft carrier in or near the strategically important Strait of Hormuz.

IRGC naval and air forces participated in offensive and defensive drills against a mock US carrier, including use of long-range anti-ship ballistic missiles.

Unlawful Trump regime "maximum pressure" on Iran includes wanting its legitimate ballistic missiles eliminated to limit its defensive capabilities against the US and Israel if attacked by their forces.

False claims to the contrary by Pompeo and other Trump regime hardliners are part of longstanding US aims to replace its sovereign government with US controlled puppet rule.

Last fall, Iranian Admiral Alireza Tangsiri said "(n)ew (IRGC) weapons are assessed, tested and used in the war games, and new arms produced inside the country will be used in future drills," adding:

"(T)he IRGC Navy is fully prepared and this readiness is increased day by day."

Exercises include "the interception of ballistic and cruise missiles," along with testing of "long-range ballistic missiles capable of striking intruding vessels floating at a distance" away.

In response to Iran's simulated attack on a mock up of a US aircraft carrier, a Pentagon Bahrain-based Fifth Fleet statement called the defensive exercise "irresponsible and reckless (sic)."

Ignored was how US military exercises operate in similar fashion to assess the destructive capability of its weapons. Other nations do the same thing.

"Failure to extend this resolution will mean more dangers for all peoples of the region and its countries and for our friends in the Gulf and in the world (sic)."

"It would mean more arms exports from Iran to Yemen, Syria, Iraq and Lebanon, and more Iranian weapons to Hezbollah, Hamas, and others (sic)."

"We reject this altogether and in detail, and we consider that it is in the interest of peoples of the region and its countries to support development efforts and improve the conditions of peoples and eliminate the deep causes of extremism and terrorism, including poverty, tyranny and the absence of a rational government (sic)."

Left unexplained by Hook was the Trump regime's unlawful abandonment of the JCPOA in May 2018, abandoning as well any say over its implementation and enforcement.

Russia and China oppose the aim of its hardliners to impose a permanent ban on Iran's legitimate right to buy conventional weapons from other countries.

For over 40 years, Iran withstood US war on the country by other means, overcoming everything tried by Washington to transform it into a vassal state.

Hostile Trump regime policies have been no more successful than its predecessors.

While US war on Iran is unlikely because of the IRGC's military capabilities that could hit back hard against regional Pentagon bases and Israel if attacked, what's unthinkable is possible because both wings of its war party seek control over all other nations, their resources and people.

That's the stuff endless wars are made of. Two global conflicts taught belligerent USA nothing.

A third one in the nuclear age would be madness, yet possible because of diabolical US aims to rule the world even at the risk of destroying it.