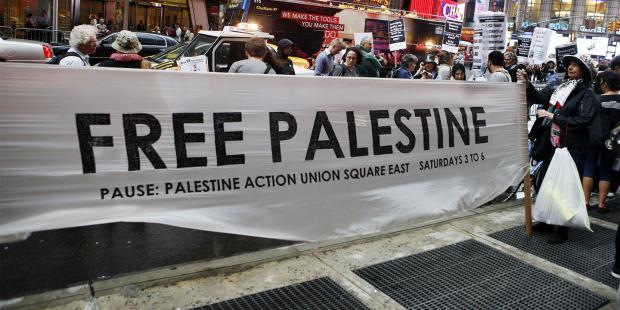 Like the US and other Western states, Israel is a fantasy democracy.

It's an apartheid police state hostile to Occupied Palestinians and Arab citizens for praying to the wrong god — to Jews as well who challenge Ziofascist rule exacerbated by neoliberal harshness.

Thousands of Palestinians are arrested and detained annually for being unwanted Arabs in an apartheid Jewish state — including young children treated as brutally in captivity as adults.

Calling longstanding Israeli collective punishment a  "prominent instrument in its coercive toolbox of population control," he commented on the Netanyahu regime's high crimes over the past year alone.

They include criminally besieging Gaza, denying Palestinians free expression and movement, "punitive home demolitions, punitive residency revocations, the cutting of benefits, the punitive closures of towns, and all delays in returning bodies for burial."

Lynk also stressed that Israeli collective punishment, torture, and other extrajudicial actions flagrantly "flout law and morality, dignity and justice, and stains all those who practice it."

He urged the international community to "take all measures, including countermeasures and sanctions, necessary to ensure the respect by Israel of its duty under international law to end the (illegal) occupation" of historic Palestinian territory.

Numerous other human rights groups urge similar action by the world community to no avail.

Separately, the Association for Civil Rights in Israel (ACRI) stressed how "Arab citizens of Israel (compromising over 20% of the population) face entrenched discrimination in all fields of life."

Because of Netanyahu regime hate-mongering, "hostility and mistrust towards Arab citizens has become more pronounced, with large sections of the Israeli public viewing the Arab minority as both a fifth column and a demographic threat."

Nawajaa was forcefully seized, handcuffed, blindfolded, arrested, and detained uncharged — for being a Palestinian human rights activists in a racist Jewish state.

Nawajaa was forcefully taken "from his wife and three young children…at around 3:30 AM."

"Take care of the kids," he told his wife while being led away.

He two children, aged 7 and 9 shouted at invading soldiers, his oldest saying: "Leave dad alone. Get out. Your dog doesn't scare me."

The BNC cited the International Convention on the Suppression and Punishment of the Crime of Apartheid, stating:

"Persecution of organizations and persons, by depriving them of fundamental rights and freedoms, because they oppose apartheid" is an inhumane act that's all about maintaining the system's viciousness.

"For decades, international inaction and complicity have enabled Israel to violate the laws of belligerent occupation, advance its colonization of the occupied Palestinian territory, and impose an apartheid regime that is enshrined in Israel's domestic law."

"Faced with Israel's illegal annexation, its regime of apartheid and its denial of our inalienable right to self-determination, it is high time for all states and international organizations to comply with their legal obligations by adopting effective countermeasures, including sanctions."

"Mahmoud is a leading Palestinian human rights defender who is highly regarded in Palestine and around the world for his tireless and passionate advocacy of Palestinian rights."

"As a young civil society leader, (he's) a role model for Palestinians, young and old, and an inspiration to advocates of Palestinian rights everywhere."

"Israel's regime of military occupation, settler-colonialism and apartheid is desperately trying to terrorize Palestinian BDS activists and their families, after having failed to slow down the growth of the movement."

"We call on all BDS activists everywhere to further strengthen BDS campaigning to hold Israel accountable."

"As Israel becomes a role model for the racist, authoritarian far right, BDS is becoming a key component of the global progressive wave that fights for Indigenous, racial, economic, social, gender and climate justice."

"It is high time for States not just to defend Palestinian and other human rights defenders, like Mahmoud, but also to impose lawful, targeted sanctions to end Israel's war crimes, crimes against humanity and entire regime of oppression of the indigenous Palestinians."

"Only that can help us achieve freedom, justice and equality."

On Sunday, the Netanyahu regime extended Nawajaa's detention for another 15 days, according to the BNC.

A military court granted a request by Netanyahu's Shin Bet internal security service — to give its interrogators more time to torture and otherwise abuse Nawajaa.

It's how Israel gets Palestinians to confess to things they had nothing to do with.

It's unknown how long Nawajaa will be detained, whether he'll be held indefinitely uncharged, or perhaps falsely accused of invented offenses he didn't commit.

Police states operate by the same playbook, pursuing their aims extrajudicially and inhumanely.