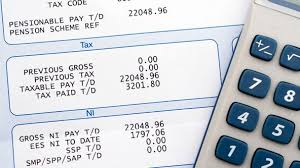 Again this week, he claimed to have "a lot of…executive powers," adding:

The US Constitution's Article II covers executive powers. They include nothing about circumventing matters over which Congress has exclusive authority, including matters relating to taxes.

At the same time, the supreme law of the land doesn't deter sitting presidents from doing as they wish.

They and congressional leaders  lie, connive, misinterpret and pretty much operate ad libitum in discharging their duties as they wish to serve their own self-interest and other powerful ones they support.

The spirit of the Constitution's general welfare clause was long ago abandoned, especially since both wings of the one-party state instituted neoliberal harshness to widen the wealth gap between ordinary Americans and the privileged few.

The supreme law of the law is whatever lawmakers, the executive, and courts say it is.

US government of, by, and for the people excludes the vast majority.

Ordinary Americans are exploited, not served — left unprotected by international, constitutional and US statute laws.

Falsely called the father of the Constitution, James Madison, the nation's 4th president, wrote the following after its adoption, saying:

"I am not of the number if there be any such, who think the Constitution…is a faultless work."

(It's) the best that could be obtained from the jarring interests of the states…Something, anything, was better than nothing."

The Bill of Rights, comprising the first 10 amendments, was deliberately omitted at first, later added to serve privileged interests exclusively.

Octogenarian Benjamin Franklin at the time was an observer to proceedings, not a participant in drafting the supreme law of the land.

He reportedly said the following when things concluded:

"I agree to this Constitution with all its faults."

"I think a general government (is) necessary for us (and) may be a blessing…if well-administered."

"I (further) believe that (over time things) can only end in despotism as other forms have done (earlier) when the people shall have become so corrupted as to need despotic government, being incapable of any other."

Things turned out worse than Franklin imagined — a nation permanently at war on invented enemies, an unparalleled menace to everyone everywhere.

Today the nation is led by a billionaire, reality TV, geopolitical know-nothing president who's dedicated to exclusively serving wealth and power interests at the expense of ordinary people he disdains while waging war on humanity at home and abroad.

Throughout his time in office, he's operated extrajudicially in pursuing domestic and foreign policy.

Despite no legal authority to suspend payroll tax collections on his own, he may do it anyway.

According to Tax Policy Institute director Mark Mazur, no one in Washington "has the authority to not collect taxes."

Section 7508(a) of the tax code was used by the IRS to extend this year's filing deadline from April 15 to July 15.

It does not apply to suspending payroll or other federal tax payments.

If Trump takes this action on his own, it'll be another constitutional breach on top of numerous others he's responsible for.

Payroll taxes fund Social Security and Medicare. He and other regime hardliners want both programs weakened and eventually eliminated, along with social justice overall.

Ahead of November elections, most congressional members oppose suspension of payroll taxes.

According to the Tax Foundation, suspending them would deprive the Social Security and Medicare Trust funds of about $100 billion in monthly revenue, stressing:

Taking this action will not turn around dismal economic conditions, based on past experience.

In 2010 when payroll taxes were reduced for 2011 and 2012, "general revenue was used to replace the revenue loss for the Social Security trust fund over those two years."

The partial tax holiday was "saved by households," not spent to stimulate economic growth.

In 1977, a New Jobs Tax Credit of 4% of Social Security applied to payroll taxes paid by companies failed to create additional jobs.

The credit was phased out the following year.

According to the Social Security Fact Sheet, about 65 million Americans are receiving benefits this year.

Around 68 million Americans are Medicare beneficiaries in 2020. They'll receive no economic benefits from a temporary cut or suspension of payroll taxes.

The Tax Foundation explained that "payroll tax reductions are not well-targeted toward taxpayers most likely to spend the additional funds."

"(W)ell-targeted direct government spending may be…more cost-effective, and a payroll tax reduction only directly helps those who are working."

It provides no help for around a third of unemployed working-age Americans.

"Temporary tax policy should be viewed skeptically, as there is a large literature suggesting that temporary changes in tax policy do not spur long-run changes in saving and investment decisions," the Tax Foundation stressed, adding:

"While temporary tax policy may help improve a shortfall in aggregate demand, this must be balanced with the mixed economic record, revenue impact, and unintended consequences such policies create."

Most tax policy experts share the view that US policymakers should consider fiscally stimulative policies other than cutting or suspending payroll taxes.