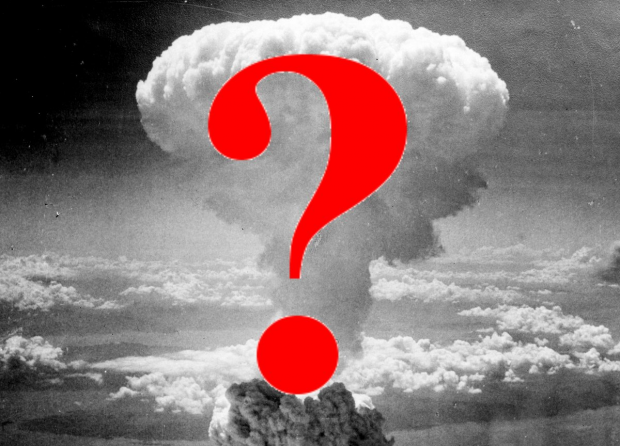 Gratuitous Nuking of Hiroshima and Nagasaki: 75th Anniversary of the High Crimes

In his book titled "You Can't Be Neutral on a Moving Train," historian Howard Zinn, a WW II European theater bombardier, explained the following:

"Hiroshima and Royan (France) were crucial in my gradual rethinking of what I had once accepted without question—the absolute morality of the war against fascism," adding:

"I had become aware, both from the rethinking of my war experiences and my reading of history, of how the environment of war begins to make one side indistinguishable from the other."

Another US warplane crew member told Zinn the following:

"You know, this is not a war against fascism. It's a war for empire."

"England, the United States, the Soviet Union—they are all corrupt states, not morally concerned about Hitlerism, just wanting to run the world themselves. It's an imperialist war."

Zinn never forgot the above remarks. Following the defeat of Nazi Germany, he recalled the following headline:

John Hersey's book titled "Hiroshima" made Zinn aware of the US horrors inflicted on the city — "what we had done to a city of civilians, to old people and to schoolchildren."

Nuking the city was a US atrocity at a time when Japan was defeated and wanted to surrender. See below.

Zinn described "our atrocity, when dazed, burnt civilians, their flesh hanging, their eyeballs out of their sockets, their limbs torn from their bodies, walked in a stupor through the eerie remains of their flattened city under a drizzle of radioactive vapor" — what the dawn of the atomic age was all about at the time.

It had nothing to do with winning the war in the Pacific already won months earlier.

Hersey wrote that on August 6, 1945, over "(a) hundred thousand people were killed by the atomic bomb."

Survivors "wonder(ed) why they lived when so many others died."

In 1966, Zinn and his wife visited Hiroshima at the invitation of a Japanese peace group dedicated to eliminating nuclear weapons.

They met survivors of what happened — "some without legs, others without arms, some with sockets for eyes, or with horrible burns on their faces and bodies."

Asked to say a few words, Zinn was overwhelmed with emotion and couldn't speak.

Hiroshima and Royan he bombed aboard a US warplane changed his thinking about the so-called "morality of the war against fascism."

Civilians suffer most in all wars. No such thing as just war exists.

In his book titled "The Good War: An Oral History of World War II," oral historian Studs Terkel explained the horrors of the most devastating war in history.

Tens of millions of corpses attested to its barbarity by all sides, Terkel saying:

The second world war to end all future ones "warped our view of how we look at things today…the notion" of just war to justify waging them.

This "twisted memory encourages (people) to be willing, almost eager, to use military force" against other nations.

Wars are never just or good. In the nuclear age they're "lunatic" acts – horrific by any standard.

In February 1945, Japan wanted to surrender,  asking only to retain its emperor.

Big Lies and deception define all wars. Truth-telling would defeat reasons for waging them.

"Japan was already defeated and that dropping the bomb(s) w(ere) completely unnecessary."

After the gratuitous bombings, Joint Chiefs Chairman Admiral William Leahy called the atom bomb "a barbarous weapon. The Japanese were already defeated and ready to surrender."

Clearly, nuking both cities was unrelated to military necessity.

At least 200,000 died, many others scarred for life, future generations to this day harmed by radiologically caused birth defects and other serious health problems.

Harry Truman falsely claimed that nuking both cities "destroyed (their use) to the enemy (sic)," adding:

"It was to spare the Japanese people from (further) utter destruction (sic)."

"If they do not now accept our terms they may expect a rain of ruin from the air, the likes of which has never been seen on this earth."

Nuking Hiroshima and Nagasaki were unrelated to winning an already won war.

US military commanders got to use their new weapons of mass destruction in real time by immolating defenseless civilians.

Their use was also all about displaying America's might to Soviet Russia.

Its leadership and military were well aware of America's new super-weapon, involved in developing their own.

During the final months of WW II in the Pacific, Tokyo and around five dozen other Japanese cities were gratuitously fire-bombed, tens of thousands of Japanese civilian perishing in the firestorms, countless others injured, hundreds of thousands left homeless.

Virtually unconditional, its ruling authorities accepted occupation, agreed to cease hostilities,  remove all troops from occupied territories, submit to criminal war trials, and allow its industries to be regulated.

In return, they asked only to retain their emperor in an honorable capacity.

What Roosevelt and Truman rejected was accepted by the US months later — mass murder and vast destruction occurring in the interim.

Nuking Hiroshima and Nagasaki, along with firebombing Japanese cities, were high crimes of war and against humanity.

Endless US wars against invented enemies occurred throughout most of the post-WW II period.

Zinn stressed that nuking "Hiroshima and Nagasaki were unforgivable atrocities."

These actions were "perpetrated on a Japan ready to surrender…a wanton act of gargantuan cruelty (not) an unavoidable necessity."

What "could be more horrible than the burning, mutilation, blinding, irradiation of hundreds of thousands of Japanese men, women, and children?"

Time and again, both wings of the US war party justify what's unjustifiable in pursuing their imperial aims.

Is another global war to end all future ones inevitable?

Will thermonukes be used one day that if detonated in enough numbers can kill us all?

Things are more dangerous now than at any previous time in the post-WW II period.

In January,  the Bulletin of the Atomic Scientists moved its Doomsday Clock closer than ever to midnight — signifying a man-made global catastrophe if reaches this level.

The threat of a new nuclear arms race looms.

"It is now 100 seconds to midnight, the most dangerous situation that humanity has ever faced," said the Bulletin.

Will thermonuclear war occur in our lifetime? Will humanity be consumed by nuclear madness?

Are bipartisan US policymakers too hellbent for unchallenged global dominance for reason to triumph over potential nuclear immolation?