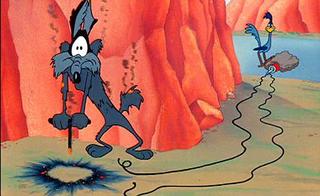 US Economic and Unemployment Armageddon

Made-in-the-USA COVID-19 at a time of deteriorating economic conditions caused what in hindsight may be known as a Greater Depression — exceeding the worst of the 1930s.

Prior to March, the highest ever weekly total was 695,000. What's unfolding in real time in the US is unprecedented and then some.

According to the Economic Policy Institute (EPI), 1.6 million US workers applied for unemployment benefits in the last week — not seasonally adjusted.

In the past 20 weeks, a previously unimaginable 55 million Americans filed initial claims for unemployment benefits.

Nearly one-third of US working-age Americans currently have no jobs.

Over 30% of laid off US workers who regained employment were furloughed again because of Depression-level economic conditions at a time of zero federal jobs creation programs.

While only Cassandra excelled at predicting future events, what's going on suggests harder than ever hard times may worsen ahead before improving at an unknown future time.

Republicans want benefits slashed to $200 weekly, along with no financial aid to cash-strapped states, no funds for emergency workplace health and safety protections, nothing to prevent landlords from evicting jobless tenants with no ability to pay rent.

Through Thursday, Republicans and Dems failed to agree on a package of vital benefits for unemployed Americans.

Dems expressed "disappoint(ment)" over failure to resolve differences with Republicans.

Treasury Secretary Mnuchin said if stalemated talks continue, Trump will act unilaterally by executive order that surely will fall far short of what's needed by a president who time and again showed indifference toward public health and welfare — serving privileged interests exclusively throughout his tenure.

Both sides blame each other for impasse on major issues at a time of unprecedented US unemployment armageddon when vital aid to the needy is essential without delay.

For the past week, jobless Americans got no UI.

"These benefits are supporting a huge amount of spending by people who would otherwise have to cut back dramatically."

"The spending made possible by the $400 that the Senate wants to cut is supporting 3.4 million jobs."

May and June employment gains "reversed. Now is not the time to cut benefits that are supporting jobs," EPI stressed.

GOP leadership claims that UI benefits of $600 disincentivise unemployed Americans from returning to work have no merit.

"(R)igorous empirical studies show that any theoretical disincentive effect has been so minor that it cannot even be detected."

Data show that over two-thirds of UI recipients who returned to work in May and June earned more from unemployment benefits than on-the-job pay.

Slashing benefits when most needed amounts to cruel and unusual punishment, an 8th Amendment breach.

In his second (January 1937) inaugural address to the nation, Franklin Roosevelt said the following:

"I see tens of millions of its citizens—a substantial part of its whole population—who at this very moment are denied the greater part of what the very lowest standards of today call the necessities of life."

"I see millions of families trying to live on incomes so meager that the pall of family disaster hangs over them day by day."

"I see millions whose daily lives in city and on farm continue under conditions labeled indecent by a so-called polite society half a century ago."

"I see millions denied education, recreation, and the opportunity to better their lot and the lot of their children."

"I see millions lacking the means to buy the products of farm and factory and by their poverty denying work and productiveness to many other millions."

"I see one-third of a nation ill-housed, ill-clad, ill-nourished."

The state of the nation today for most Americans is more dire than during the 1930s.

No FDR era alphabet soup of jobs creation programs exists to put Americans back to work, none planned by Republicans or Dems.

Will things change for the better if Biden succeeds Trump in January and if Dems control both houses of Congress?

No evidence suggests it other than perhaps some tinkering around the edges when massive relief and jobs creation programs are vitally needed to turn things around — at a time of unprecedented economic and unemployment armageddon.

What's going on is likely to be protracted and painful for countless millions of Americans — what I call the hardest of hard times in a nation serving privileged interests exclusively, uncaring about the vast majority of ordinary people.