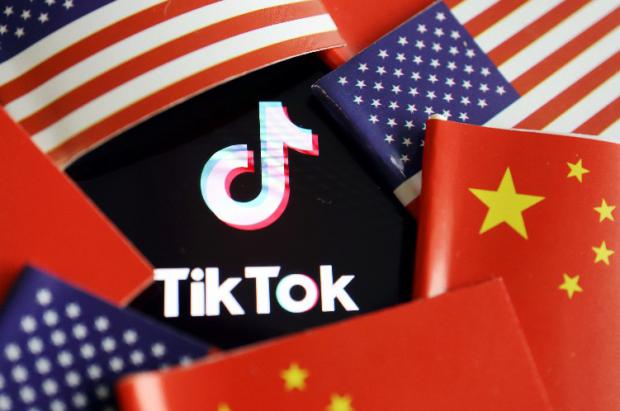 CIA Says No Evidence That Chinese Firm TikTok Gives User Data to Beijing, Company to Sue in US Federal Court

Trump's ordered ban last week on China's video-sharing Tiktok, as well as on the WeChat mobile text and voice messaging communication service, was part of US war on Beijing by other means — based on nonexistent national security concerns.

According to establishment media, CIA officials told the White House that no evidence suggests that the firm provides Beijing with information it collects.

Despite knowing of Langley's assessment, Trump acted against  TikTok anyway, banning its operations in the US under the ownership of its parent company — his order effective in 45 days unless a sale to an American company is agreed on.

Effective September 20, his order falsely claimed that the firm "threaten(s) the national security, foreign policy, and economy of the United States (sic)."

TikTok's legitimate operations in the US do none of the above. Trump lied claiming otherwise.

His regime's actions against numerous Chinese enterprises are all about aiming to give corporate America a competitive advantage — risking an eventual rupture of the world's most important bilateral relationship.

Accusing him of acting extrajudicially "without any due process (and setting a) dangerous precedent for the concept of free expression and open markets," TikTok will "pursue all remedies available to us."

Dems are as hostile to China and its enterprises as Republicans.

A statement by Dem Senator Schumer and GOP Senator Cotton falsely accused TikTok of being "a potential counterintelligence threat we cannot ignore (sic)" — knowing no such threat exists.

According to National Pentagon Radio (NPR), TikTok will challenge the Trump regime's unacceptable ban on its US operations in US federal district court this week.

It'll argue that it's unconstitutional for failing to give the firm enough time to present evidence that refutes Trump's false accusations, saying they're "based on pure speculation and conjecture."

No evidence supports them. His unacceptable ban of the company's US operations "has no findings of fact, just reiterates rhetoric about China that has been kicking around."

It "risks undermining global businesses trust in the (US) commitment to the rule of law" it long ago abandoned domestically and abroad.

TikTok is negotiating a possible sale of its US operations with Microsoft.

On Saturday, the Wall Street Journal reported that TikTok and Twitter "help preliminary talks about (a) possible combination…that would involve (its) US operations," adding:

"It is unclear whether Twitter will pursue a deal with TikTok, which would face significant challenges."

If any deal is agreed on, most likely it would be with Microsoft as things now stand.

In response to Trump's ban of TikTok in the US under Chinese ownership, Russian Foreign Ministry spokeswoman Maria Zakharova called the move "another fragrant example of unfair competition for dominance in the field of information," adding:

Claims against the company are "baseless." Trump is "strong-arm(ing)" its management to sell its US operations to an American firm — breaching "basic principles of a free market economy and the norms of the WTO."

It's one of countless examples of Washington's drive for hegemony that risks possible global war.