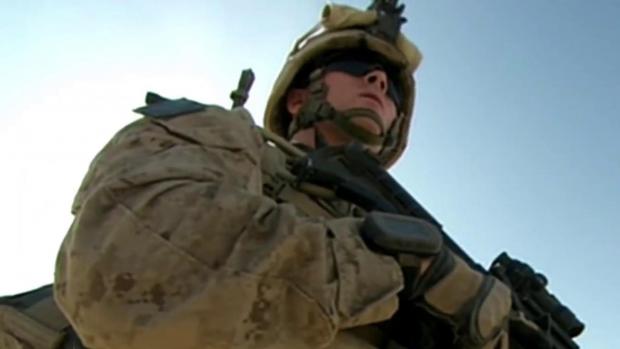 Asked earlier about Moscow's reaction to US troops deployed near Russia's border, Sergey Lavrov said "naturally we will react," adding:

"We cannot ignore these processes, which are of great concern, but we will respond in such a way that does not create unnecessary risks."

"It's unavoidable. I hope that any normal military official and politician understands this."

"Those who provoke this kind of absolutely unjustified doctrine want a response in order to continue to escalate tensions."

"But it's worth noting that everything that we do in response to the threats created by NATO members to our security we do exclusively on our own territory."

According to Moscow-based geopolitical analyst Dmitry Suslov, if US forces are redeployed from Germany to Poland or elsewhere close to Russia's border, "this will certainly exacerbate the Russia-NATO confrontation and the situation in the field of European security and worsen the militarization of Europe," adding:

"It implies the possibility of quick military aggression and prompt military strike."

"Should (US-led) NATO's contingent in Poland be strengthened in this way, Russia will have to take the corresponding retaliatory steps to ward of this threat."

"Russia will be building up military infrastructures on its Western borders and deploying weapon systems capable of instantly hitting and eliminating these bases. This will trigger another spiral of the arms race in Europe."

Shifting US forces to Poland by the Trump regime will breach the Russia-NATO Founding Act.

It states that US-led alliance members have no plans for creating a military infrastructure in the territories of newly incorporated former Soviet Russia republics.

Some are returning to US, others shifting to Italy, Belgium, and close to Russia's border, Esper saying the following:

"We are moving many troops further east, closer to Russia's border, (as a) deterrent (sic)" — despite no threat posed by the Kremlin to the US or any other countries.

Shifting US forces to Eastern Europe "is about our collective responsibility to stand up to the Russians (sic)," Esper added.

Addressing the issue on Fox News days earlier, he said "the repositioning of our forces in Europe constitutes a major strategic and positive shift, wholly in line with the NDS (national defense strategy), and consistent with other adjustments the United States has made within NATO in previous times (sic)."

Both countries and others on the US target list for regime change wage peace, not war, threatening no one — in sharp contrast to Washington's forever war on humanity at home and abroad.

According to Fox News, the Pentagon intends "mov(ing) more troops to be stationed in Poland, a strategy that places troops closer to Russia and a move that Warsaw has long sought after."

Except for a short interregnum of peace post-WW II, the US has been at war against one nonbelligerent nation after another with no end of it in prospect — despite facing no threats anywhere.

So they're invented to keep waging forever wars, spending countless trillions of dollars for militarism and belligerence at the expense of vital homeland needs gone begging.

At a time when Congress and the White House should prioritize federal jobs creation programs to put millions of unemployed Americans back to work and stimulate economic recovery, they've let things fester by dickering and dithering.

They're focused solely on gaining political advantage and serving privileged interest at the expense of public health and welfare.

What's going on reflects US decadence, a nation in decline, showing indifference toward millions of Americans in dire need of help at a time of unprecedented economic crisis conditions with no relief in prospect any time soon.