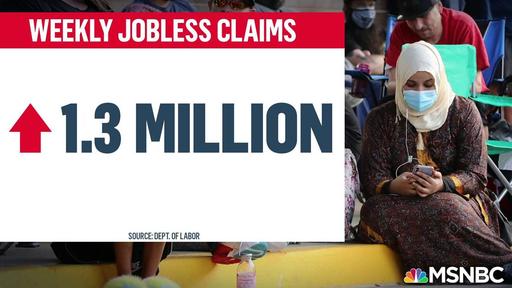 Mass deception is official US policy on major domestic and geopolitical issues.

Time and again, official US government data and pronouncements are fabricated.

Economic conditions in America are more dismal than at the depths of the 1930s Great Depression.

Instead of acknowledging reality and going all-out to turn things around by jobs creation and other actions to stimulate economic growth, Americans are being manipulated to believe that hard times are temporary and will pass in the coming months.

More likely is that dire economic conditions for ordinary Americans will be longterm.

Maybe harder than ever hard times lie ahead.

Based on how economic data were calculated pre-1990, real year-over-year inflation is 8.6%, economist John Williams explained.

Q II GDP decline of 32.9% (by far the highest in US history) "shed the last five years of headline economic growth," Williams reported.

For the great majority of ordinary Americans, dire economic conditions are worse than ever before since the nation's founding in 1776, worse than hard times during the Great Depression.

On Thursday, another 1.3 million more Americans applied for unemployment insurance (UI) benefits — over 56 million in total since March.

For an unprecedented 21 straight weeks, UI claims exceeded one million.

According to the Economic Policy Institute (EPI), "832,000 (Americans) applied for regular state unemployment insurance (not seasonally adjusted), and 489,000 applied for Pandemic Unemployment Assistance (PUA)" — for a total of 1.3 million.

What the Labor Department reported on Thursday is "not the right number to use."

Federal PUA "support(s) millions of workers who are not eligible for regular UI, such as the self-employed."

EPI slammed the GOP controlled Senate and White House for refusing to extend $600 weekly UI benefits to unemployed US workers in dire need of federal help.

It called the unacceptable Trump regime move "political theater (that's) causing significant economic pain for workers who have lost their job during the pandemic and their families."

It also creates a colossal adminisitrative burden for states that are cash-strapped and forced to order mass layoffs because of severe budget constraints.

According to EPI, if the Trump regime's policy sticks, cutting federal benefits in half, "it would cause such a large drop in spending that it would cost us 2.6 million jobs over the next year."

His scheme is harming Blacks, Latinos, and the nation's most disadvantaged overall most.

Studies refute his claim that government benefits create a disincentive for unemployed workers to seek jobs.

EPI cited an analysis by Yale economists. It "found no evidence that recipients of more generous benefits were less likely to return to work."

Given the most dire economic conditions in US history, numbers of unemployed Americans greatly exceed available jobs.

Whatever benefits workers get won't change this dire reality.

EPI stressed that the top White House and congressional priority should be "protecting the health and safety of workers and our broader communities by paying workers to stay home when they feel safer not working in person (or feel their families' welfare is improved by them not working in the pandemic), whether that means working from home some or all of the time, using paid leave, or claiming UI benefits."

On Thursday, US Senate members recessed, its GOP leadership saying they won't return to Washington until September 8 after Labor Day weekend unless Dems strike an agreement with Republicans.

As of now, it's unclear when or if negotiations will restart.

Each party calls the other unreasonable at a time when tens of millions of Americans are unemployed, food insecure, and risk eviction because they don't have income to pay rent.

At or near all-time highs, US financial markets are disconnected from reality at a time of protracted hard times for an unprecedented number of Americans in dire need of federal help.