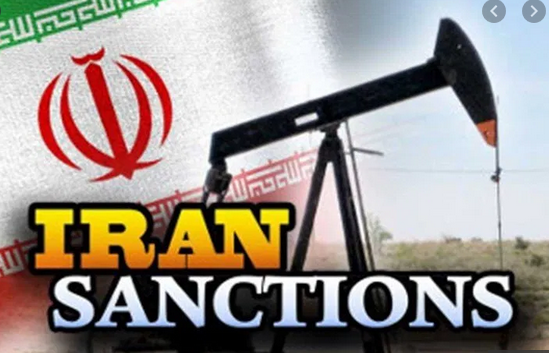 On Friday, the Trump regime was dealt a humiliating Security Council defeat.

Bullying, bribes, and threats failed this time, perhaps indicative of more US setbacks ahead.

Its attempt to extend an arms embargo on Iran indefinitely was supported by only one other SC member state, the Dominican Republic.

The unacceptable scheme in violation of SC Res. 2231 (that's binding international law) was opposed by 13 other nations.

The vote was two nations in favor of the unlawful scheme, two opposed (Russia and China), 11 others abstaining — a virtual "no" by other means.

Even nearly always willing to go along with the most outrageous US demands Britain, France and Germany rejected the anti-Iran scheme by refusing to support it.

"In the 75 years of United Nations history, America has never been so isolated."

What Pompeo called "reasonable" was all about seeking Security Council support for the Trump regime's imperial war on Iran by other means.

The Trump regime will go it alone "to ensure that (Iran) does not have the freedom to purchase and sell weapons that threaten the heart of Europe, the Middle East and beyond (sic)."

Iran is the region's leading proponent of peace, stability, and cooperative relations with other countries, threatening none.

The US, NATO, Israel, and their imperial partners pose an unparalleled threat to world peace and humanity's survival.

In response to Friday's SC vote, Trump said "(w)e'll be doing a snapback. You'll be watching it next week."

The so-called JCPOA snapback provision lets any of its signatories reimpose veto-proof sanctions on Iran that were null and void when the agreement took effect in January 2016.

By unlawfully abandoning the JCPOA in May 2018, the Trump regime lost the right under SC Res. 2231 to invoke snapback.

Only Russia, China, Britain, France and Germany may legally invoke the provision.

They unanimously oppose this action because it would undo years of diplomatic efforts that went into establishing the JCPOA they want preserved.

Trump has no legal authority to invoke snapback. The rule of law never deters the US from doing whatever it pleases.

Will other nations observe illegally imposed snapback sanctions on Iran if Trump follows through on his threat?

Beijing and Tehran reportedly agreed on a 25-year/$400 billion "strategic accord" to advance the economic and related interests of both countries.

China will be involved in building Iran's core infrastructure as part of its "One Belt, One Road" initiative.

It's a longterm project for greater regional integration, numerous countries involved in investments of over $1 trillion.

The US under both right wings of its war party pursue militarism and other hostile actions over cooperative relations with other nations, a prescription for confrontation over peace and stability.

"This was a major mistake by the UN (sic). It also makes a major conflict with Iran much more likely as they build up their military arsenal (sic)."

Pompeo tweeted that the Trump regime "will continue to work to correct this mistake (sic)."

Russia's Sergey Lavrov explained that the arms embargo was agreed on by P5+1 countries to ensure Iran's compliance with JCPOA provisions which it's done.

The Trump regime "is so desperate to show support for its struggle to illegally extend arms restrictions on Iran that it clings to the personal position of (the Gulf states)—obtained thru coercion—as regional consensus."

"All knew that most in the region—even in GCC—do NOT subscribe to this."

In response to Vladimir Putin's call for heads of P5+1 countries to convene an online meeting "as soon as possible…to outline steps that can prevent (regional) confrontation," Pompeo's spokeswoman said the following:

The Trump regime "believes strongly that the Security Council is the best place to have discussions related to extending the UN arms embargo" — rejecting Putin's call unless Trump accepts it, which he hasn't done so far.

On Saturday, Russia's Foreign Ministry called Friday's Security Council vote against extending the soon to expire arms embargo on Iran an almost unanimous refusal to go along with the Trump regime on this issue.

"Our options are unlimited," he stressed.