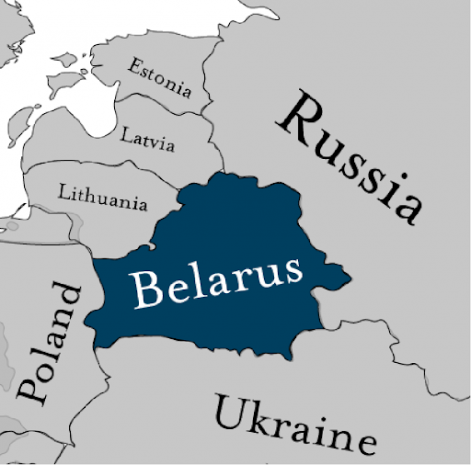 Media Support for US Coup Attempt in Belarus

They include toppling numerous sovereign governments, assassinating legitimate leaders, removing others by coup d'etats, and reigning terror worldwide – an agenda more ruthless today than ever.

Both right wings of the US one-party state operate extrajudicially in pursuit of their imperial aims.

Their tactics at home and abroad include virtually every conceivable form of lawlessness — including pressure, bullying, intimidation, threats, and war by other means to transform all nations into client states.

When other tactics fail, brute force is their fallback option, smashing nations to control them.

At times naked aggression is their agenda of choice — notably in Afghanistan, Iraq, Syria, and Libya, earlier against North Korea, Southeast Asia, Yugoslavia, and against other nations.

All of the above is what the scourge of imperialism is all about, using NATO as a dagger against targeted nations, Israel involved as a junior partner.

A previous article discussed what appears to be the latest US coup attempt — this one aimed at regime change in Belarus, a former Soviet republic bordering the Russian Federation.

Like often before, a disputed August 9 election result is the pretext for orchestrated mass protests, CIA and other dirty US hands manipulating them.

Authoritarian President Alexander Lukashenko has been in power since 1994.

Protests erupted after he claimed victory by more an 80% majority over key opposition figure Sviatlana Tsikhanouskaya.

Reportedly she met with US officials in Lithuania. By video message from the country she said "I am ready to take responsibility and act as a national leader during this period."

She also called for anti-Lukashenko street protests to continue.

The Trump regime and EU reject results of the August 9 election, intending sanctions on Belarus.

Pompeo made similar remarks. The die is cast, the US going all-out for another imperial trophy.

Over the weekend, Lukashenko and Putin discussed what's going on in Belarus by phone.

On Sunday, a Kremlin press service statement said "Russia confirmed readiness to provide necessary assistance in ironing out emerging problems based on the principles of the treaty on creating the Union State and also if needed in the framework of the Collective Security Treaty Organization."

Establishment media are mouthpieces for wealth and power interests.

Whenever the US wages war by hot or other means, including coup attempts, they provide press agent services for actions demanding condemnation.

They fully support the US attempt to replace Belarusian President Lukashenko with pro-Western puppet rule.

Its report reads like a CIA handout that included ad hominem remarks and support for Svetlana Tikhanovskaya to replace him, a likely US favorite even though she had no political experience.

The CIA-connected Washington Post falsely claimed that violent protests in Minsk were "peaceful."

Indeed most demonstrators were and remain nonviolent. Much like US orchestrated coups elsewhere, hoodlums were recruited in Belarus for planned violence, vandalism and chaos.

WaPo called for Lukashenko "to go," claiming he lost. Tikhanovskaya won. Maybe so but credible evidence is needed to prove it.

A political nobody/US designated puppet, WaPo described her as a "charismatic leader of the opposition (sic)."

Her departure cross-border to Lithuania last week was arranged by the Trump regime.

As instructed by her US handlers, she urged continued protests in Minsk and elsewhere in the country, the hallmark of CIA-orchestrated color revolution attempts.

She announced the formation of a so-called coordinating committee "to secure the transfer of power."

According to the UN Charter and other international law, no nations may interfere in the internal affairs of others — what US wars, coups, color revolutions, assassinations, and other hostile actions to transform nations it doesn't control into client states are all about.

Pre-election, the Wall Street Journal said Belarusians "are fed up with" Lukashenko. "(H)e won't leave without a fight," adding:

"Instability in the country of 9.5 million could open another front for Russian aggression along the European Union's border (sic)."

Pompeo called for US-led NATO to prevent Russia from firming up a "sphere of influence if Lukashenko remains in power."

Moscow is concerned about another US-controlled hostile state on its border, not whether Lukashenko stays or goes.

For now, he's likely the only option for the Kremlin.

Help from Moscow to protect Belarusian security is forthcoming, according to what he and Putin agreed on by phone.

Of concern for Moscow is defusing the current crisis, stabilizing things, convincing Lukashenko to step aside at an appropriate time, and holding new elections with candidates free from US control.

As my previous article suggested, Belarus becoming a Russian republic makes most sense.

With or without Lukashenko as president, it'll keep Belarus from becoming another US vassal state, wrecking the country, harming its people, and threatening Russian security.

stephen has no clue of what's going on in Belarus, he is a Trump hating bitch, he uses situation in Belarus for his owner agenda. I am a belarussian and I see lies in his articles. stephen you're a lier.