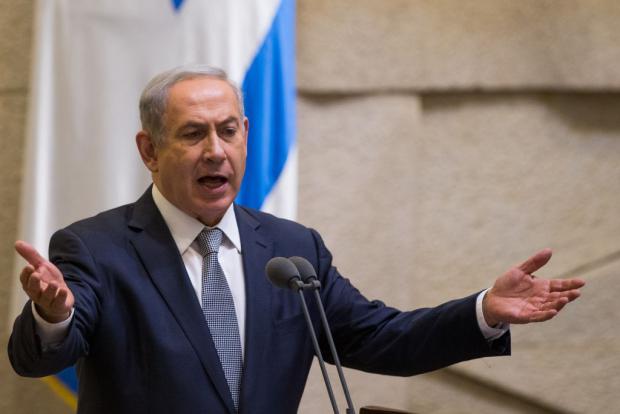 Netanyahu is desperate. On trial for fraud, bribery and breach of trust with damning evidence against him, his political career and personal freedom are at stake.

Part of his strategy is changing the subject to try enlisting public support. See below.

Yet weekly demonstrations in Jerusalem and other Israeli cities demand his resignation and replacement as prime minister.

The latest ones occurred on Saturday outside his Jerusalem residence and elsewhere.

Until late evening, police confronted peaceful demonstrators violently. According to Haaretz, an estimated 50,000 Israelis protested against Netanyahu nationwide on Saturday.

As part of his changing the subject strategy, Netanyahu and Trump announced an Israeli agreement with the UAE to formally normalize bilateral relations.

The deal is unrelated to advancing regional peace and Palestinian rights.

It's all about pursuing US/Israeli imperial aims. Its timing aimed to shift attention from Netanyahu's corruption trial and economic hard times for most Israelis.

It's also another stake in the heart of Palestinian self-determination, a notion Washington and Tel Aviv never accepted.

Largely abandoned by the world community, Palestinians are isolated on their own in pursuing their fundamental rights Israel denies them — besieged Gazans harmed most.

Longstanding Israeli policy is all about settlement expansions on stolen Palestinian land — along with a divide, conquer and control strategy to make make self-determination unattainable.

Its agenda is pursued with brute force, fully supported by both right wings of the US war party, NATO, and most Middle East states.

The latest strikes occurred overnight Sunday — on the phony pretext of incendiary balloons and occasional homemade rockets from Gaza by unknown parties landing in Israeli territory, at most causing minor damage, harming no one.

They're fired in retaliation for Israeli war on the Strip by hot and other means.

The Netanyahu regime automatically blames Hamas for things it had nothing to do with.

An IDF statement called Palestinian protesters "rioters (who) hurled explosive devices and grenades towards the security fence and attempted to approach it (sic)."

Nothing of the kind occurred.

Israeli "aggressive policies aim to exacerbate the crises our people in Gaza are enduring to paralyze their daily life and to disrupt the efforts of combating coronavirus amid international and regional silence."

Israel closed the border crossing for delivering goods to the Strip.

Over the weekend, an IDF statement said the Netanyahu regime "entirely shut down the fishing zone of the Gaza Strip, immediately and until further notice."

It's the sole livelihood for thousands of Gazan fishermen and their families. It's also a source of vitally needed fish from the sea for food.

Since the infamous 1917 Balfour Declaration, Israel's 1947-48 war of aggression, stealing 78% of historic Palestine, taking the rest in June 1967, the world community has been indifferent toward one of the world's most long-suffering people.

Over the weekend, the Palestinian Quds Press said hundreds of Gazan youths protested nonviolently near the barrier that separates Israel from the Strip.

"The Israeli Coordinator of Government Activities in the Territories (COGAT), declared the immediate and complete closure of Gaza Sea, starting from Sunday morning until further notice," adding:

"This decision followed the Israeli authorities' former decisions to reduce the fishing area from 15 to 8 nautical miles issued three days ago, and to close Karm Abu Salem crossing issued five days ago, except for the transportation of goods for vital humanitarian cases and fuel."

Over the weekend, Israeli gunboats opened fire on Palestinian fishermen at sea within 1.5 - 3 nautical miles offshore.

Strip unemployment is around 50%. For Gazan youths it's over 60%.

Over half of Strip residents are impoverished, according to the Palestinian Central Bureau of Statistics (PCBS).

Over 60% of Gazans are food insecure, the UN Office for the Coordination of Humanitarian Affairs (OCHA) reported.

Illegal collective punishment of all Palestinians is longstanding Israeli policy.

Throughout its 72-year history, no Israeli political or military officials were ever held accountable for their high crimes of war and against humanity.

Israel continues a policy of state terror against Palestinians, two million Gazans harmed most of all.

The world community, including the UN, yawns and does nothing to enforce the rule of law.

The US, Israel, and their imperial partners do whatever they please with impunity.