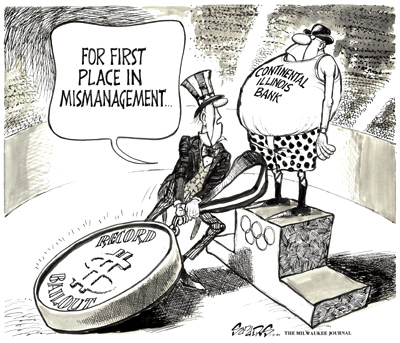 Congress is re-convening this coming week and I would like to take this opportunity to give my legislative forecast for the coming year. Here are a few things we can expect to see from Washington .

First and foremost, we will see ramped up spending for the warfare/welfare state. There is no resolution or end in sight on the Iraq occupation.  While the American people try repeatedly to communicate to Washington that enough is enough, there still remains little political will in Washington to bring the troops home.  The war will continue to require mountains of taxpayer and newly printed dollars, and our economy will sink under the burden.  If we are manipulated into a second war, the effects on our economy will be truly devastating.  Welfare and entitlement programs will also be ramped up as the economy flounders and budgets in American households are strained.

This leads me to my next forecast of more federal bailouts for the housing sector. Efforts by the Federal Reserve to stave off recession will have the net effect of only blowing the bubble bigger, making the crash that much more painful when it inevitably comes.  The malinvestments caused by easy credit in the housing industry will be prolonged by more easy credit.  New programs and laws will be enacted to prop up housing, all with a falling dollar, devalued by continued foreign interventions.  The crisis in the housing market will spread and I’m afraid we are in for some rough economic times.

Moreover, the government will require more money than ever this year, and as funding options run out, taxes will go up.  Expect stealth tax increases on consumer goods, perhaps airline tickets or cigarettes, and increased government fees here and there. Ironically total revenues will probably fall due to a weakened economy. The new programs started to “help” the country will require extra money wherever the government can squeeze it out of you, unfortunately it will be at exactly the moment you can least afford it.  Since the Democrats enacted “pay-as-you-go” rules for new legislation, cutting taxes to give relief during recession will be bureaucratically next to impossible.  In spite of that, I will continue the uphill battle for tax relief.

Last, I expect, in spite of rhetoric to the contrary, we will see more federal control of education as Congress prepares to reauthorize No Child Left Behind.

If this is indeed the agenda of Congress, let us hope that there is not nearly enough time to accomplish it all this year.