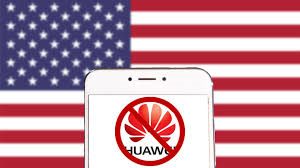 The company is leading the race to roll out 5G technology, its market potential worth trillions of dollars.

It also banned US companies from using information and communications technology from sources his regime calls a threat to US national security.

Last May, Trump's Commerce Department tightened restrictions on Huawei's ability to buy US software and technology used to develop and produce semiconductors.

Intel, Google, Qualcomm and other US tech companies suspended sales to Huawei.

At the time, the US Commerce Department extended a temporary license to let US tech companies sell certain non-critical products to Huawei for another 90 days through late August. The temporary waiver expired.

The Trump regime wants the company cut off from US chips and other high tech products to undermine its ability to compete with corporate America effectively.

On Monday, Trump's Commerce Department further escalated war on Huawei to prevent the company from buying foreign-made US chips.

It also added another 38 company affiliates in 21 countries to its so-called entity list.

These firms are subject to special "licensing requirements for the export, reexport and/or transfer (in-country) of specified items," barring their access to certain US technology — according to the US Bureau of Industry and Security (BIS).

According to Chinese tech analyst Ma Jihua, newly announced Trump regime restrictions "closed all roads for Huawei" by cutting off its ability to buy US chips from foreign suppliers, adding:

"The new rule also means that the US' previous tricks didn't work on Huawei and the US has basically played all its cards against" the company that remains resilient despite all-out Trump regime efforts to harm its operations.

"If the US forces Huawei into the corner, the Chinese government will retaliate without hesitation."

Commenting on the Commerce Department ruling, Pompeo falsely claimed new actions against Huawei aim "to protect US national security, our citizens' privacy, and the integrity of our 5G infrastructure from Beijing's malign influence (sic)."

On Monday, Pompeo said the Trump regime will "restrict most US exports to Huawei and its affiliates on the entity list" and will pressure its allies to adopt the same policy.

After initially working with Huawei to build out Britain's 5G network, PM Boris Johnson bent to Washington's will by announcing no new purchases of its equipment after December 31 to eliminate what his regime called "high-risk vendors."

It's unclear if or how many other European countries will go along with the US by no longer doing business with Huawei.

"We are a sovereign country. We treat these countries quite standardly like everyone else," adding:

"I (told Pompeo) that we are moving forward as a member of the EU, that there has been a similar situation in other similar bids, and that we cannot eliminate anyone to comply with EU rules."

He refused to rule out working with Huawei in building out the country's 5G infrastructure.

Czech President Milos Zeman said "great powers should not be hostile to each other, but should have a common enemy, which is international terrorism."

In early August, diplomatic outreach to the US by China's Foreign Minister Wang Yi and former Foreign Minister Yang Jiechi to preserve the world's most important bilateral relationship fell on deaf ears in Washington.

Its hostile agenda toward Beijing is polar opposite constructive dialogue Wang and Yang urged.

So far, China hasn't retaliated against US war on Huawei and its other enterprises.

The only language both right wings of the US one-party state understand is toughness.

It's likely coming ahead against US companies in whatever ways China considers appropriate.

"China firmly opposes the deliberate smearing and suppression of Chinese enterprises including Huawei by the US side."

"For some time now, the US has been abusing national security concept and state power to impose all sorts of restrictive measures on Chinese companies like Huawei without producing any solid evidence."

"This is stark bullying."

"What the US has done shows clearly that the market economy and fair competition principle it claims to champion is nothing but a fig leaf."

"I'd like to stress that the more hysterically the US tries to keep Huawei and other Chinese companies down, the more it proves they are doing great and the US is bringing hypocrisy and bullying to a whole new level."

"Many successful businesses of other countries have suffered the same treatment in the past."

"The shameful behavior of the US has been and will continue to be rejected by countries in the world."

"The US claims that Huawei threatens US national security, which is totally baseless."

"Over the past 30 years, Huawei has developed over 1,500 networks in more than 170 countries and regions, and served 228 Fortune 500 companies and more than three billion people all over the world."

"Not a single cybersecurity incident like those revealed by Edward Snowden or WikiLeaks has there been."

"Not a single tapping or surveillance operation like PRISM, Equation Group or ECHELON has there been."

"And not a single country has produced evidence of any backdoors in Huawei products."

"The US is really the top empire of hackers in this world."

"American companies Cisco and Apple admitted years ago that there are security loopholes and backdoors in their equipment."

"US intelligence has long been running indiscriminate, illegal surveillance programs on foreign governments, businesses and individuals including those of its allies."

"Even American citizens don't have any secrets to speak of. These are open facts."

"We urge the US to immediately correct its mistakes and stop smearing China and suppressing Chinese companies."