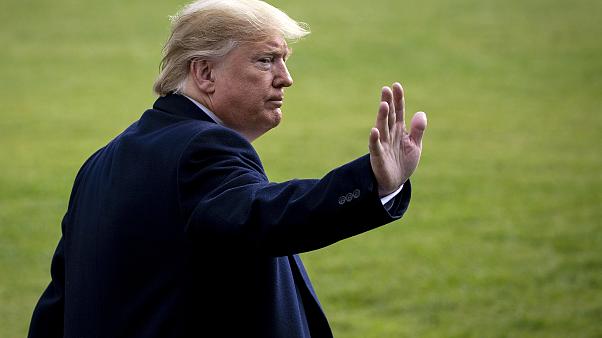 Trump Regime's Losing War on Iran by Other Means

A second Trump term risks more preemptive US wars on invented enemies than already — notably against Iran, maybe against China if hardliners infesting his regime push things too far.

Similar risks apply to Biden if he succeeds Trump in January. US history over the past century showed Dems more belligerent than Republicans.

Dem Woodrow Wilson got the US involved in WW I after being reelected on a platform promise of opposing involvement.

Dem Franklin Roosevelt goaded imperial Japan to attack the US, giving him the war he wanted.

When it responded in self-defense as the UN Charter permits, HST attacked the North preemptively — to this day, Pyongyang falsely accused for Washington's war of aggression.

Dem JFK's opposition to war, wanting all US forces out of Vietnam by December 1965, led to his state-sponsored assassination so warrior Lyndon Johnson could continue Washington's permanent war agenda.

In August 1964, the Gulf of Tonkin false flag incident launched over a decade of US aggression in Southeast Asia — against three nonbelligerent nations threatening no one.

The Dem Clinton co-presidency was responsible for the rape of Yugoslavia in the 1990s, genocidal sanctions war on Iraq, and other belligerence during its tenure.

As US senator and vice president, Biden cheerled preemptive wars against all nations the US attacked during his near-half century in office — as well as three Israeli wars of aggression against Gaza, US coups, color revolutions, assassinations, and other imperial high crimes against peace.

Whether Trump or Biden wins in November, Washington's permanent war on humanity at home and abroad will continue unabated.

The choice for US voters in November is none at all.

Dirty business as usual triumphs whenever farcical US elections are held.

Along with China and Russia, Iran tops the US target list for all-out war by other means that could turn hot by accident or design whether Trump or Biden is president.

After being twice humiliated in the past week at the UN, he continued his war of words on Tehran in Washington.

Laced with his customary litany of bald-faced Big Lies, he falsely accused Tehran of "terror activity around the world now for four decades (sic)" — how the US and its imperial partners operate, never the Islamic Republic.

He lied saying "every world leader, every one of my counterparts tells me that America is doing the right thing (sic)."

He laughably claimed "Trump will always do the right thing (sic)" — an unindicted war criminal who's contemptuous of ordinary people and the rule of law, a serial liar, a caricature of a leader, never the real thing.

Time and again, officials from both right wings of the US war party falsely accuse nations on their target list for regime change of US/NATO high crimes committed against them.

Virtually everything Trump and Pompeo claimed about Iran is polar opposite reality — the region's leading proponent of peace, stability, and cooperative relations with other countries.

No nation in world history caused more harm to more people over a longer duration than the US.

None have been responsible for more mass slaughter and destruction, none causing more human misery at home and abroad, none more contemptuous of what rule of the people is all about.

China and Russia have normal relations with Iran — undeterred by Trump regime threats, including Pompeo saying:

The DJT regime "will use every tool in its arsenal to make sure that the Chinese and the Russians are incapable of delivering weapon systems to Iran that threaten us (sic), and we will do everything in our power to make sure that they don't get the money that comes alongside being a global arms dealer as well (sic)."

"Depending on the extent to which the Joint Comprehensive Plan of Action (JCPOA) and (SC) Resolution 2231 are threatened, Tehran's actions will be commensurate with what is happening to the JCPOA and Resolution 2231."

The Trump regime "has no authority" to reimpose sanctions on Iran that the JCPOA and SC. Res. 2231 eliminated.

"All remaining parties to the JCPOA, including the three European states of Germany, the UK and France, as well as Russia and China, have opposed such groundless and illegal request from the United States immediately and strongly, and have also informed the Security Council president about it."

"The other Security Council members will be adopting similar stances in the coming days as well."

Its "unilateral withdrawal from the JCPOA means renunciation of its rights as a participant of the deal, and it is in no position to demand enacting the snapback mechanism."

"Therefore, participants to the JCPOA and the overwhelming majority of the Security Council members believe that the US demand has no legal basis, and the snapback mechanism has not been invoked."

"The US demand of re-imposition of United Nations sanctions on Iran is nothing but a self-serving political manipulation."

"The US has walked away from commitments, withdrawn from international organizations and treaties, harmed multilateralism and the authority of the Security Council and undermined international non-proliferation regime."

"Its move to push for a resolution or send a letter to the Security Council cannot justify its above-mentioned behaviors."

"On August 14, a US-sponsored draft resolution to extend arms embargo on Iran was put to vote at the Security Council, which was voted against by 13 members unequivocally with only one member voted for it, leaving the US isolated like never before."

"This fully demonstrates that the US unilateral position runs counter to the wide consensus of the international community and its attempt to sabotage the JCPOA will never succeed."

"We urge the US to stop going down the wrong path, otherwise it will only meet further opposition."

"The United States continues dangerous manouvres in the UN Security Council in the hope of implementing its own anti-Iranian ideas."

"Having failed with the draft resolution on an indefinite arms embargo against Iran, which was decisively rejected by the Security Council, they now began to besiege the UN leadership and the chairman of the Security Council, seeking recognition of the allegedly retained US right to use the mechanisms stipulated by UN Security Council Resolution 2231 and the Joint Comprehensive Plan of Action for the settlement of the Iranian nuclear program (JCPOA) to put pressure on Iran."

Its lawless actions come over two years after it "grossly and shamelessly trampled on its own obligations arising from the decisions of the Security Council related to this document."

"The notification of the United States about the process of restoring the UN Security Council's sanctions resolutions on Iran, cancelled after the conclusion of the JCPOA in 2015 and allegedly brought into effect by them, cannot have the consequences that the Americans are looking for."

"Their tricks crash against reality. By doing so, they deprived themselves of the rights and opportunities to use the mechanisms provided for by the Action Plan and UN Security Council Resolution 2231."

"We are convinced that the path of escalating tensions around Iran is wrong and dead-end."

In 1971, the International Court of Justice (ICJ) issued the following ruling:

"A party which disowns or does not fulfill its own obligations cannot be recognized as retaining the rights which it claims to derive from the relationship."

Claiming unilateral Trump regime authority to invoke snapback on Iran by Pompeo has no legal standing.

Pressing the demand left the US more isolated at the UN than ever before since the body's 1945 creation.