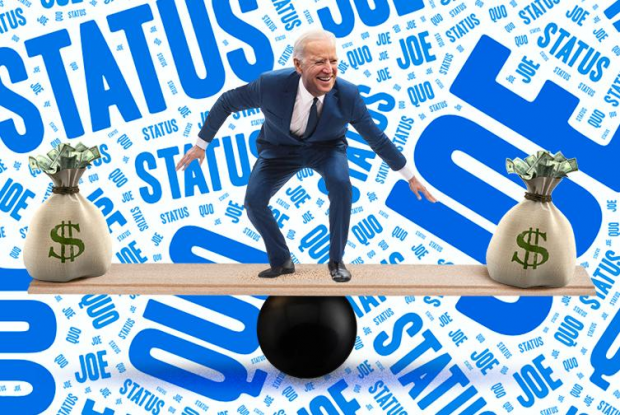 What Dem power brokers likely intended all along became official on Thursday with Biden's nomination as party standard bearer.

His acceptance speech featured promises made to be broken if elected in November to succeed Trump in January.

Virtually all politicians lie, notably in the West. Nothing they say can be believed. Rare exceptions prove the rule.

For nearly half a century as US senator and vice president, Biden served privileged interests exclusively at the expense of governance serving everyone equitably — a notion he rejected throughout his political life.

It'll surely carry over to the White House if US power brokers and monied interests choose him over Trump.

In America, democracy is a figure of speech repeated time and again to deceive the electorate to believe it's real.

Never from inception. Surely not now, what's incompatible with one-party rule and governance for privilege over rule by the people.

Each wing's standard bearer and congressional leaders are chosen by power brokers, not voters, to assure continuity.

Wrapped in the American flag as part of mass deception, their mandate is serving privileged interests exclusively, forcing neoliberal harshness on most others, along with waging forever wars by hot and other means on invented enemies.

No real ones existed since WW II ended so they're created to pursue national security state interests.

In 1947, Washington's National Security Act became the law of the land.

The national security state has virtually unlimited funding to pursue Washington's aim for unchallenged global dominance by whatever it takes to achieve the diabolical aims of its ruling class.

The US war on terror is war OF terror on humanity at home and abroad.

It's all about seeking control over the world community of nations, their resources and populations, nonbelievers targeted for elimination.

The national security strategy of both wings of the US war party unjustifiably justifies hostile actions against invented adversaries, including first-strike use of nuclear weapons, illegal sanctions, targeted assassinations, and whatever else is pursued to advance the nation's imperium.

Throughout his public life, Biden shilled for Wall Street, the national security state, and other powerful interests.

Virtually everything he stood for was detrimental to peace and the public welfare, including support for the US gulag prison system that operates globally.

Largely harming Blacks, Latinos, other disadvantaged Americans, and invented foreign enemies, it's all about locking millions in cages for money, power and control.

Candidate Trump portrayed himself as a champion of working and unemployed Americans he's been contemptuous toward throughout his private and public life.

His notions of "making America great again" and "America first" are all about what serves his own interests and others in the country he supports over peace, equity and justice for all.

Biden and Trump differ largely by party label and style.

In his Thursday night acceptance speech, the Dem nominee vowed to go where he never went before in public office, saying:

"If you entrust me with the presidency, I will draw on the best of us not the worst (sic). I will be an ally of the light not of the darkness (sic)."

Calling himself "a proud Democrat" ignored that the party he now leads as its standard bearer is hostile to governance serving everyone equitably, rejecting the notion outright.

The "job" of US presidents is to exploit ordinary people at home and abroad in service to wealthy and powerful ones.

Along with waging endless wars on humanity, that's what the American way is all about.

It's what Biden, Trump, and all other US political figures in high office are mandated to pursue.

The agendas of both wings of the one-party state are profoundly hostile to world peace and democracy the way it should be.

"America's promise" only exists for its privileged class, no one else.

Whether Biden or Trump serves as president, same old, same old dirty business as usual will continue as official US policy.

Elections are cover for continuity, guaranteed not to be "life-changing" for positive change ahead.

He falsely claimed "(c)haracter is on the ballot" in November (sic).

"Who we are as a nation. What we stand for. And, most importantly, who we want to be. That's all on the ballot."

What American stands for and pursues is decided in private secretly by power brokers — never on ballots when farcical elections are held that are unrelated to deciding on national policies.

The electorate has no say whatever over them or who holds key executive, congressional, judicial, and bureaucratic posts.

Notably in recent decades, each new US regime in power exceeded the worst of its predecessors.

Chances are if Biden succeeds Trump, the disturbing trend will continue.

If Trump gains a second term, it'll likely exceed the worst of his first four years.

Options for ordinary Americans are either unacceptable continuity or revolutionary change by resisting the status quo.

There's no in between. Voting achieves nothing.

As long democracy in name only exists, power brokers in cahoots with monied interests will exploit ordinary Americans so they benefit exclusively.

That's what the American way is all about — fantasy democracy, never the real thing.