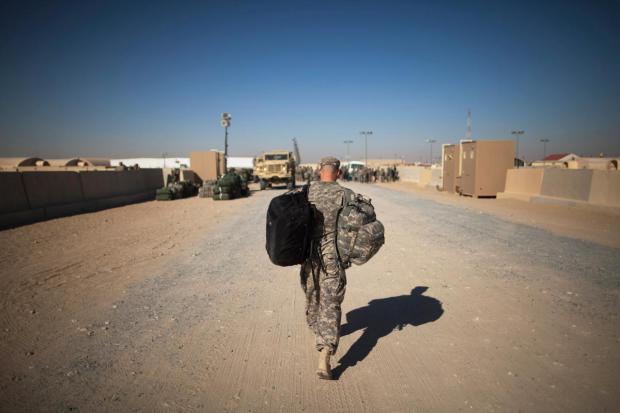 US Pullout from Iraq? New Phase in Bilateral Relations?

The US intends permanent direct and/or proxy occupation of every nation it preemptively attacked since the 1990s rape of Yugoslavia.

Most US bases abroad are planned for permanent occupation, not abandonment, other than to focus on consolidating forces on larger ones.

Large and medium-sized bases have extensive infrastructure, command and control centers, accommodations for families in combat-free areas, hospitals, schools, recreational facilities, and virtually everything else found back home.

The Pentagon's empire of bases operates in over 80% of world countries — many at undisclosed locations at a cost of tens of billions of dollars annually to maintain.

They're platforms for control and launching cross-border regional aggression.

In war zones, they're unrelated to combatting ISIS, Al Qaeda, and likeminded terrorist groups the US created and uses as proxy troops.

Iraq is highly prized by the US for its strategic location — bordering Iran, Syria, Turkey, Saudi Arabia, Kuwait and Jordan — and vast hydrocarbon resources, Republicans and Dems intend maintaining control over.

It's unclear how many Pentagon forces are in US occupied countries. They came to stay as long as US imperial interests are served.

The State Department said both countries "reaffirmed their commitment to a robust and productive bilateral relationship (sic)," adding:

"(T)he government of Iraq signed substantial energy agreements with US companies, including General Electric, Honeywell UOP, and Stellar Energy, as well as Memoranda of Understanding with Chevron and Baker Hughes" — to plunder the country's energy resources.

US/Iraqi relations are unrelated to  "respect for (the country's) sovereignty and territorial integrity," as Pompeo falsely claimed.

They're all about maintaining US control of once independent Iraq transformed into a client state.

Inside Baghdad's Green Zone, Washington's embassy and related buildings are on 104 acres of land, the equivalent of 80 football fields, the world's largest complex of its kind — notably involved in controlling the country and regional spying.

The Trump regime earlier agreed to draw down US forces in Iraq.

Earlier withdrawn US forces were redeployed to the nation's territory on the phony pretext of combatting ISIS the US uses against its sovereign interests.

As long as the country is resource-rich, permanent US occupation is planned.

The presence of Pentagon forces in Iraq is reviled by most of its people.

In mid-August, a US convoy near the Taji base was attacked.

Iraqi parliamentarians voted overwhelming for an end to US occupation of their country.

During his meeting with Iraqi PM Kadhimi on August 20, Trump said US forces in the country will be "leaving shortly" — provided US national security interests aren't comprised.

Months earlier, he promised to withdraw all US forces from Syria. They remain a hostile occupying force in northern and southern parts of the country.

Trump's remark about drawing down US forces from Iraq came a day after his regime officials said a timeline for withdrawal would not be discussed during Kadhimi's visit.

Iraq is "a separate country. They have a prime minister. They have people in office."

"They have to run their country. We've been in Iraq for a long time."

Deferring to Pompeo for further elaboration, his chief "diplomat" in name only said US troops will leave when "we complete the mission (sic)."

The "mission" is controlling the country and its resources, along with using its territory as a platform for hostile actions against Syria and Iran.

Weeks earlier, US CENTCOM commander General Frank McKenzie said the Pentagon intends to maintain an enduring military presence in Iraq, falsely claiming Iraq's "want us to be with them," adding:

"I don't sense there's a mood right now for us to depart precipitously. And I'm pretty confident of that."

Like other nations worldwide where Pentagon bases are located, the US intends permanent occupation of Iraq.

Its ruling authorities and people have no say over US policy.

Their only option to regain freedom from US control is by making it very uncomfortable for Pentagon forces and CIA operatives to stay.

They'll only leave if forced out.

Even then, that's no assurance that they'd stay out.

The Irrational Logic of Leaving Troops in Iraq

Trump Must Back Iraq Withdrawal Promise With Action

"Terminate Bush's War": Trump To Reduce Troops In Iraq By One-Third Just Ahead Of Elec