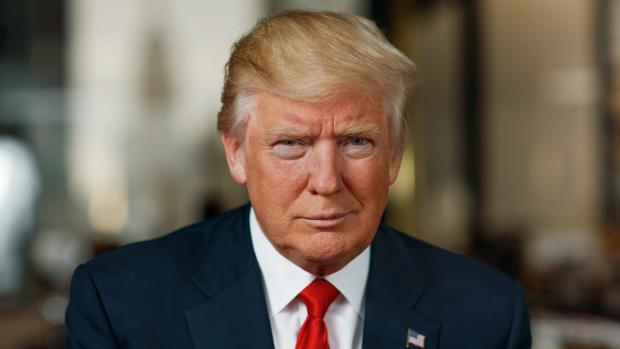 Undemocratic Dems had their turn last week, nominating Biden and Harris as expected.

Show time for Republicans began Monday, each wing of the one-party state taking turns in faking support for the rights and welfare of ordinary Americans they long ago abandoned.

Notably it's at a time of mass unemployment, underemployment, and widespread deprivation when all-out federal help is needed to turn things around that's not forthcoming.

Trump/Pence v. Biden/Harris in November is no choice at all.

Convention hoopla claiming otherwise amounts to mass deception, promises made to be breached like time and again before.

The same pattern repeats each election cycle because no matter how often Americans were betrayed before, they're easy marks to fool again.

Trump is the latest in a long line of duplicitous US presidents — time and again saying one thing while doing something entirely different, at all times serving privileged interests exclusively at the expense of public health and welfare.

Biden is no different. His near-half century as US senator and vice president showed contempt for peace, equity, justice and the rule of law.

Whenever US elections are held, dirty business as usual continuity always wins, the rights and welfare of ordinary people ignored.

The UN is "a place where dictators-murderers-and-thieves denounce America...and then put their hands out and demand that we pay their bills (sic)."

The above was directed at nations on the US target list for regime change, citing North Korea and China among others, ignoring US war on all countries by hot and/or other means countries that are unwilling to bend to Washington's will.

Lashing out at Dems, she falsely claimed "socialism" is the vision of Biden/Harris.

Neither wing of the US one-party state supports progressive governance of, by, and for everyone equitably — a notion they abhor and don't tolerate.

Haley defied reality claiming that Trump "is leading a new era of opportunity" — for himself, his cronies, and corporate favorites alone at the expense of ordinary Americans he's disdained in private and public life.

The US economy was weak and teetering on recession before COVID-19 arrived.

She lied saying "America is not a racist country" at a time of a modern-day version of Jim Crow.

His blame game diverts attention from his own failures.

He escalated wars by hot and other means he inherited. His anti-China agenda risks rupturing relations or direct confrontation if pushes things too far.

He made unacceptable demands of North Korea in return for empty promises.

His war by other means on Iran, Venezuela, Cuba, and Nicaragua is all about making their economies scream and immiserating their people.

His indifference toward ordinary Americans in need most notably comes at a time of economic collapse when federal help is essential.

As president and commander-in-chief with his finger on the nation's nuclear trigger, Trump is most dangerous — notably because he's easily manipulated by Pompeo and other hardliners surrounding him.

DJT niece/clinical psychologist Mary Trump's (MT below) book published weeks earlier titled "Too Much and Never Enough: How My Family Created The World's Most Dangerous Man" is unsparing.

She called his mother a person "who used her children to comfort herself rather than comforting them."

"She attended to them when it was convenient for her, not when they needed her to," adding:

DJT's father was "devoid of emotionality or empathy." For him, "neediness of any kind meant weakness."

He was a "high-functioning sociopath" who "seemed to have no emotional needs at all."

The apple doesn't fall far from the tree. DJT's upbringing left him lacking empathy for others, MT explained, adding:

"My uncle does not understand that he or anybody else has intrinsic worth."

For him and his father, wielding power and making money alone mattered.

Like his dad, DJT bullies and humiliates others around him while taking credit for their achievements.

For him, admitting failure or showing weakness is intolerable.

Based on her direct knowledge of DJT as a family member, MT said he meets all the characteristics of narcissistic personality disorder, adding:

He also has anti-social, dependent personality disorder traits and possible learning disorders that affect his behavior and relations with others.

He craves affirmation, becomes agitated when it's not forthcoming. He also demeans others with insulting remarks.

MT: "Every time you hear Donald talking about how something is the greatest, the best, the biggest, the most tremendous" his remarks are directed to his father he sought approval from throughout his life, adding:

His current state is "much as he was at three years old: incapable of growing, learning, or evolving, unable to regulate his emotions, moderate his responses, or take in and synthesize information."

His inability to admit failings, learn from them, and try to improve is the legacy of his "dysfunctional" family, headed by his emotionless, tough-minded dad.

Trump proved he's a dirty politician like most others in Washington.

As president and commander-in-chief with his finger on the nuclear trigger, he's dangerous.

He's responsible for enormous harm to countless millions of people at home and worldwide.

He didn't get super-rich by being a good guy. Unqualified for any high office, a second term will assure continuation of his destructive agenda.

Biden is no different. Whether he or Trump triumphs in November, same old, same old will continue like always before.

Throughout US history, the country has been ruled largely by men, not laws, who lie, connive, misinterpret and pretty much do what they please for their own self-interest and powerful allies.

The people who matter in America are the privileged few, benefitting by exploiting and otherwise harming most others.

That's what the American way is all about.

What only may change in the next four years is things getting worse, not better — what's likely coming no matter who wins in November.