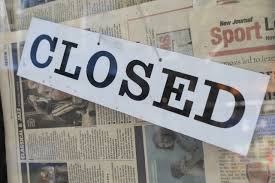 Based on how economic data was calculated pre-1990, real US inflation is 7.1%, unemployment 30%, not the falsely reported 10.2% by the BLS, economist John Williams explained.

Americans are consistently and repeatedly lied to by their ruling authorities and establishment media — alternative sources alone providing vital information that's important for everyone to know.

PUA includes self-employed and other US workers not eligible for UI.

Since weekly UI benefits of $600 expired a month ago, Congress did nothing to help tens of millions of unemployed Americans with little or no income to pay for essentials to life and welfare.

According to EPI, Trump's "joke of an executive memorandum… to give recipients…$300 or $400 in benefits per week (was) delayed."

It's "only available for a few weeks, and…not available" for most unemployed Americans, adding:

His phony benefit "is a false promise that…does more harm than good because it diverts attention from the desperate need for the real relief that can only come through legislation."

Without continuation of $600 in weekly UI benefits for eligible recipients as long as dire economic conditions exist, 5.1 million jobs will be lost, EPI explained.

According to The Economic Collapse blog (TEC), what's ongoing in the US this year "is nothing short of an (unparalleled) economic cataclysm" — with no visible prospects for relief because policymakers in Washington are doing nothing to turn things around.

For months, the US economy has been "melt(ing) down" in plain sight, what TEC called "an economic horror show" with likely worse times ahead.

Polls show most US households in dire need of financial help not forthcoming.

All its stores are closing, its workers let go at a time of mass unemployment and scant opportunities for jobs.

Most available ones pay poverty and sub-poverty wages.

Shops are either closed or doing scant business, what's apparent from observing things on my daily walk up and down the avenue.

When made a purchase in the avenue's landmark Water Tower Place shopping mall with over 100 stores, it resembled a ghost town.

Many shops were closed. Others had scant retail traffic.

The scene I observed firsthand was worlds apart from how things were in normal times.

If TEC's assessment is right, the worst of times lie ahead, economic recovery nowhere in sight.