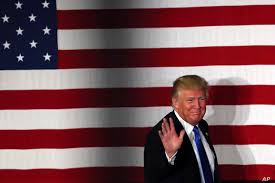 Unfit to serve in any public office defines Trump's record.

It's been all about serving monied interests exclusively at the expense of world peace, stability, equity, justice and the rule of law — notions he's been profoundly contemptuous of throughout his time in office.

Based on his record of indifference toward the rights and welfare of ordinary people, he seeks a second time around to do more damage than already.

The disturbing reality is that Biden offers no positive alternative.

Whether he or Trump serves in the nation's highest office for the next four years, governance of, by, and for wealth and power interests will be served at the expense exploited masses worldwide — at home and abroad.

If US elections were able to achieve positive change — governance serving all Americans equitably — they'd be banned.

That's the cold hard reality about the American way, how it's been from inception — what Adam Smith called governance "for the defense of the rich against the poor."

US presidents are figureheads for the money controlled dirty system — predatory capitalism, wealth unequally distributed, privileged interests benefitting at the expense of most others.

Concern for general welfare is hollow, ignored by power elites. Government and business are partnered against the rights and welfare of ordinary people.

Bipartisan neoliberal rule prioritizes exploitation and dominance over democracy, profits over populism, and private interests over public ones – a zero-sum game benefitting monied interests over all others.

The US under both right wings of the one-party state is at war on humanity for control of planet earth, its resources and populations — the human cost of no consequence.

Like all his public remarks, Trump's acceptance address at the Republican National Convention was an exercise in mass deception.

Delivered from the South Lawn of the White House, it was his usual exercise of beginning-to-end dissembling — his speciality, defying reality.

Fact: The US economy during his tenure has been a house of cards, teetering toward greater collapse than already.

Fact: For 23 straight weeks, over a million working-age Americans applied for unemployment benefits, well over 60 million, nearly one-third of US workers.

Fact: Countless numbers of US households are food insecure and face mass evictions because his regime in cahoots with congressional hardliners failed to extend vitally needed help when most needed.

Fact: Unlike FDR's New Deal, Trump's regime and Congress failed to initiate jobs creation programs to turn things around by putting unemployed Americans back to work.

Fact: The state of the US economy is more dismal than at any previous time in the nation's history, things worse than the Great Depression for most Americans.

There's nothing "great" about a nation contemptuous of what all just societies hold dear.

"America is the torch" that's setting "the entire world" ablaze, not "enlighten(ing)" it.

The White House isn't and never was "the people's house."

The "American story" is worlds apart from Ronald Reagan's "vision for America (of) a shining city on a hill."

America's "special purpose in this world" is global conquest and dominance through endless wars by hot and other means.

US voters in November "face (no)  clear a choice between two parties, two visions, two philosophies or two agendas."

On issues mattering most, both right wings of the one-party state pursue the same hegemonic aims in deference to monied interests running things.

There's nothing remotely "socialist" about the predatory capitalist agenda of undemocratic Dems.

They and Republicans are jointly responsible for "racial, economic and social injustice" that defines the American way, along with endless imperial wars by hot and other means on invented enemies.

There's nothing remotely "free, just (and) exceptional" about police state America that's heading toward full-blown tyranny based on the present trend.

Trump correctly said "Biden is not a savior of America's soul," failing to explain that no one among the nation's power elite rises to this standard.

It's why the choice for US voters in November is none at all. They should either vote for independent candidates to make a statement or stay home.

Like countless other times, Trump defied reality, falsely claiming he's "done nothing but fight for you (sic)…end(ing) the rule of the failed political class (sic)."

His record of serving privileged interests over public health, welfare, and the rule of law debunks his above deception.

Four more years if he gets them will assure continued wars by hot and other means, hardened social injustice, and likely pushing the envelope further toward totalitarian rule over a free and open society that's currently on life support.

Today is the most perilous time in world history. Daily events should scare everyone.

America is increasingly a totalitarian plutocracy, oligarchy and kleptocracy, not democracy — the latter a notion its ruling class abhors and tolerates nowhere, especially not at home.

Rule of the people means of, by, and for its privileged class exclusively, things worsening over time, not improving.

The nation I grew up in long ago no longer exists. Never beautiful, it was worlds apart from how things are today.

Its rage for unchallenged global dominance threatens everyone everywhere.

Its money-controlled political system is too debauched to fix.

Elections when held are farcical, always turning out the same way.

Will imperial arrogance consume the nation? Is humanity doomed because its ruling class is unwilling to change?

Elections are exercises in futility. Transformational change is vitally needed.

The only solution is popular revolution. People have power when use it.

Nothing else can achieve positive change. The alternative risks a fast disappearing free and open society that's already unsafe and unfit to live in.

If that's not incentive enough to go all-out for positive change, what is?