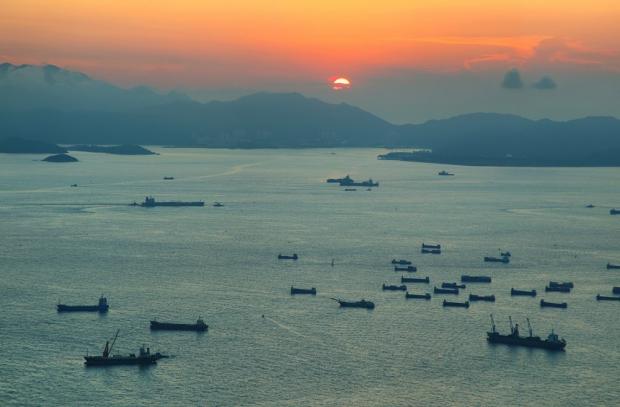 China seeks peace and cooperative relations with other countries in stark contrast to Washington's aim for unchallenged dominance by whatever it takes to achieve its aims.

"China decisively condemns the US's plans to deploy intermediate-range missiles in the Asia-Pacific Region, and expresses its sharp displeasure with constant pressure on China and the neighboring countries, as well as with constant provocations at China's borders."

"We must also take into account that such armaments will also create additional risks for our territory as well, including objects of strategic importance, which would naturally require taking necessary response measures - which I would call compensatory."

On August 2, 2019, Trump formally abandoned the landmark 1987 INF Treaty — based on phony accusations of Russian violations, invented ones because no real ones exist.

Responding to the unacceptable Trump regime action, Sergey Lavrov said the US began violating the INF Treaty "in 1999 when it began trials of combat unmanned flying vehicles with specifications similar to those of ground-launched cruise missiles banned by the treaty," adding:

"That is a direct violation of the treaty. Such systems have already been deployed in Romania, are being prepared for deployment in Poland, as well as in Japan."

The US under Republicans and Dems is a serial violator of treaties, conventions, bilateral and multilateral agreements, as well as the rule of law overall domestically and geopolitically.

In response to the likely deployment of US intermediate-range missiles close to the borders of China and Russia in the Indo-Pacific, Vladimir Putin said this action will result in a symmetrical response and create new threats.

"Ignoring the rules of international law, the US side has repeatedly provoked troubles in the South China Sea, exercising navigational hegemony under the pretext of 'freedom of navigation," adding:

"We urge the US to stop such provocative behavior and restrict its maritime actions to avoid possible military accidents."

What the Pentagon calls "routine freedom of navigation" is highly provocative in the South China Sea, the Persian Gulf, and other international waters close to the territory of nations it wants transformed into US vassal states.

On August 26, the PLA launched two missiles into the South China Sea, including an "aircraft carrier killer," in response to unacceptable Pentagon aerial spying in no-fly-zone airspace during live-fire Chinese military exercises.

China's Foreign Ministry called the US action a "naked provocation" that risked a possible "accident," adding:

The PLA "will not dance to the US' tune," stressing that it should "pull itself out of the swamp of anxiety and paranoia."

Time and again, provocative US intrusions occur in parts of the world not its own that heighten tensions and risk direct confrontation with nations it doesn't control.

On Friday, the PLA said it expelled the USS Mustin guided missile destroyer from Chinese territorial waters near its Xisha Islands.

The PLA accused the Pentagon of breaching international law by its South China Sea provocations on the phony pretext of freedom of navigation — adding that its actions threaten China's sovereignty and security.

According to China's official People's Daily broadsheet on Friday, the Pentagon unacceptably "sent military aircraft to the region more than 2,000 times  in the first half of this year alone," adding:

"The US tries to drive wedges between China and related Southeast Asian nations, push those countries to the front, and enlist them as pawns in its anti-China agenda."

The US is a warmaker, not a peacekeeper in the Indo-Pacific or anywhere else.

The South China Sea and Persian Gulf are the world's top hot spots.

If global war occurs by accident or design, it'll likely be launched by the US in one or both of these areas.

What's unthinkable is possible because of US rage for global dominance — pursued by endless wars by hot and other means that risk destruction of planet earth and all its life forms if things are pushed too far.