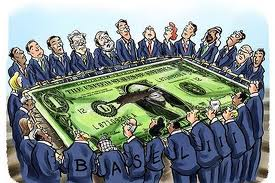 Manufactured Pandemic and Economic Collapse a Boon for Billionaires

There's nothing natural about US-engineered coronavirus and economic collapse that made the dismal state of the nation much worse.

Things are unlikely to return to their former state when the current storm passes that won't  happen any time soon.

Improvement from destructive fallout may never happen in the lifetimes of many people in the US and West.

Things are likely to worsen ahead to more greatly benefit privileged US interests than already by exploiting most others at home and abroad.

According to Americans for Tax Fairness (ATF), super-wealth of US billionaires increased by nearly $800 billion this year.

Their gain has come at the cost of human misery affecting tens of millions of US households and countless millions more elsewhere.

It's not enough for Trump, calling for another capital gains tax cut to further enrich the US super-rich, himself, his family, and cronies.

Former Supreme Court Justice Louis Brandeis once explained that super-wealth and democracy are incompatible. They can't coexist with each other.

America is a land of extremes. According to ATF, citing Forbes magazine, "of the $3.7 trillion in collective wealth of America's 650 or so billionaires," (around) $1 trillion…is held by just the top dozen."

They didn't get super-rich by being good guys. Balzac explained that "(b)ehind every great fortune there is a crime."

On Fox Business, Trump said if reelected, "I'm going to do a capital gains tax cut to 15% in (a) second term…I'll get that done easily (sic)."

The current rate is 20%. For wages, salaries, interest and other income, the top rate is 37%.

Warren Buffett once said he paid less taxes than his secretary.

According to entrepreneur.com, he and other billionaires pay low taxes by:

Mainly paying them at the capital gains rate.

Are rewarded with tax reductions and credits by creating jobs.

Are benefitting hugely from the 2017 tax cut.

ATF explained that extraordinary increase in "billionaire wealth is mostly if not all due to capital gains—growth in the value of stock holdings, private businesses and other investments," adding:

If Trump is reelected and gets capital gains cut to 15%, "America's tycoons will contribute a quarter less in tax revenue when they cash in their profits."

"By demanding even more tax cuts for the rich at this crucial moment President Trump shows he is as out of touch with our nation's needs as America's billionaires are disconnected from our nation's misery."

Billionaire Bonanza 2020 author Chuck Collins noted that for America's super-rich, "this is a heads-we win, tails-you-lose economy, boosted by Trump policies to funnel wealth to the top," adding:

"This oligarchic dozen of billionaires owning over $1 trillion is an unprecedented and disturbing indicator of the concentrated wealth during a pandemic."

According to the Tax Policy Center (ATC), three-fourth of capital gains are held by the "highest-income 1%," over half the total by the top 0.1%.

If the capital gains tax rate is cut to 15%, America's wealthiest 1% will get 99% of the benefit, the Institute on Taxation and Economic Policy (ITEP) explained.

During unprecedented hard times for ordinary Americans, increased taxes on the wealthy are needed to aid the unemployed and others in their time of extreme need.

According to ATF, millions of US households are food insecure. Around "40 million families face eviction" because of little or no income to pay rent or service mortgages.

Most working-age Americans are either unemployed or way underemployed earning poverty wages.

According to ITEP, the wealthiest 5% of Americans will get over half the benefits from the 2017 tax law this year.

This year alone, America's super-rich increased their wealth enormously at a time of vast human misery because of engineered coronavirus and economic collapse.