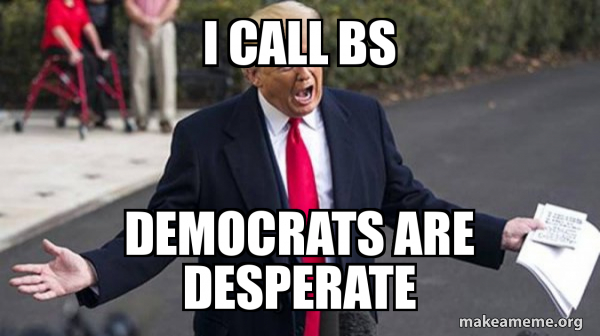 Never in modern memory did credible evidence suggest that Russia or any other nation tried to influence the result of a US election.

What possible benefit could be achieved by meddling in the one-party state process that always turn out the same way when elections are held?

In stark contrast, the US time and again interferes in the internal affairs of other nations illegally.

Establishment media reports on what's going on in the country pretend it's democracy-promotion in action, a notion US and other Western countries tolerate nowhere.

The NYT won't let the long ago debunked notion Russian US election meddling rest in peace.

On Tuesday, its editors defied reality, claiming without evidence — because there is none — that "Russia's fingerprints are all over the 2020 campaign on Mr. Trump's side (sic) (and) to a lesser degree, China and Iran are mucking around social media against" DJT (sic).

What doesn't exist the Times called "outrage(ous)," adding that "the American public and their representatives must have full, reliable and up-to-date information" — on what's not going on.

Moscow engaged in "wide-ranging operations to help get Mr. Trump elected (sic)" despite no evidence suggesting it.

There's plenty about Trump to criticize, notably his wars by hot and other means against multiple countries, along with serving privileged interests at the expense of exploited Americans.

The Times and other establishment media ignore these cutting-edge issues — instead focusing on fake news about Russian interference in the US political process that didn't happen earlier nor is there any in the run-up to November 3 elections.

"He has repeatedly shown an openness to Russia, an adversary that attacked American democracy in 2016 (sic), and he has refused to criticize or challenge the Kremlin's increasing aggressions toward the West (sic)."

Fact: There's been no foreign interference in the US political process by any country.

Fact: No US democracy exists for a foreign nation to attack or otherwise challenge.

Fact: Aggression is what the US does by hot and other means against one nation after another.

Fact: Russia, China, Iran, and other sovereign nations on the US enemies list foster cooperative relations with other countries, confrontation toward none.

Fact: US intelligence community claims of 2016 and 2020 Russian US election meddling were fabricated.

No evidence was presented to back them because there is none. Without it, accusations are groundless, including by the self-styled newspaper of record.

The Times: DJT "rejected the intelligence community's finding that Russia interfered in 2016 to bolster his candidacy and the spy agencies' assessment that Russia is trying to sabotage this year's election again on his behalf (sic)."

Long ago Chicago alderman Paddy Bowler once said that the city "ain't ready for reform."

Chicago politics is way too debauched to fix. The same is overwhelmingly true about what goes on in Washington.

The same indictment applies to establishment media like the Times and all the rest.

Mouthpieces for wealth and power interests, they long ago abandoned journalism the way it's supposed to be — featuring state-approved propaganda instead.

Their opposition to Trump is all about his 2016 triumph over media darling Hillary, an upset based on pre-election polls.

Will he defy the odds again by defeating Biden in November?

Despite a post-convention bump, most polls through late August show Biden ahead by an average of 6.2 points.

It's a political lifetime from now to November with perhaps an October surprise coming ahead of US elections.

Whether Republicans or Dems control the White House and/or Congress, US war on humanity at home and abroad will continue like always before in recent times.