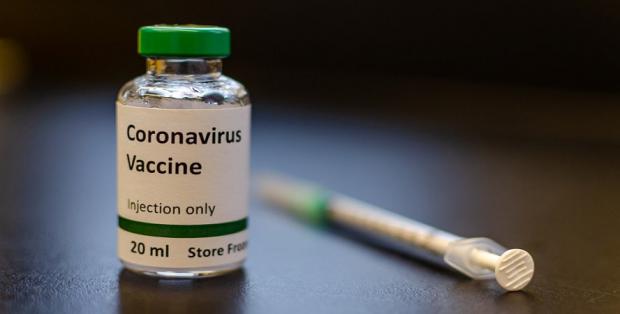 Russia won the race to develop a vaccine for COVID-19. On August 11, its Sputnik V was registered for use by the Russian Ministry of Health.

Development of the vaccine followed 20 years of research, what its scientists called another "Sputnik moment" — referring to Russia's 1957 first ever "successful launch (of a) man-made satellite by the Soviet Union.

According to US funded Radio Free Europe/Radio Liberty — part of its global propaganda media that broadcasts in 59 languages on radio, television, and online — the Trump regime "blacklist(ed) three Russian military and civilian scientific facilities, citing their alleged involvement in chemical and biological weapons research (sic)," adding:

Targeted facilities include a "Russian Defense Ministry facility that is involved in Russia's attempts to develop the world's first COVID-19 vaccine."

The US Commerce Department said it's blacklisting "60 entities in Russia, China" and elsewhere, falsely claiming:

Their activities are "contrary to the national security or foreign policy interests of the United States."

The Commerce Department's action means that nations, businesses, other entities or individuals engaging in normal activities with blacklisted facilities risk US sanctions.

Russian ones were targeted for being first to develop and have available for use a COVID-19 vaccine that can compete with Big Pharma's aim for maximum vaccine market potential with minimal foreign competition.

"We find it outrageous that three Russian scientific research institutes have been included on the American blacklist," adding:

"A particularly disturbing fact is that these sanctions precisely affect those scientists and specialists who…have been tirelessly laboring on the development of a Russian vaccine against COVID-19."

"It is not clear how the American government is going to explain to its citizens this attempt to punish the people who are working successfully on a remedy against the disease, which has already taken the lives of over 180,000 US citizens."

"We don't believe that this is a step in the right direction in cooperating to fight the pandemic, the importance of which, we think, Washington cannot even deny."

"Once again one gets the impression that the run-of-the-mill use of sanctions is a tool of pressure to thrust forward one's own companies' interests - right now pharmaceutical ones - which mirrors the continued push of its own natural gas into the European market."

Russian research facilities and scientists involved in COVID-19 vaccine development are not involved in working on chemical and biological weapons of any kind, Zakharova stressed.

Unlike the US, Russia eliminated its entire CW arsenal in 2017.

"This is confirmed by the authorized international structure, the Organization for the Prohibition of Chemical Weapons (OPCW), which includes 193 countries, among them the US," she explained, adding:

"Russia continues to conscientiously carry out all of its responsibilities under the Chemical Weapons Convention (CWC)."

"Washington…prefers to act not within the framework of international agreements, but at its own discretion" extrajudicially.

The US is the only CWC member-state that maintains an arsenal of banned chemical weapons.

Substances "are being patented in the US related to the use of full-fledged combat toxic substances, including nerve agents," said Zakharova.

It operates facilities for the development and production of bioweapons.

"There are no grounds to assert that the activity of American biological labs fully complies with the provisions of the Biological Weapons Convention (BWC)," Zakharova stressed.

Trump's Commerce Department blacklisted facilities of the Russian Defense Ministry's Central Research Institutes No. 33 and No. 48, along with the State Scientific Research Institute of Organic Chemistry and Technology.

These facilities have no involvement in developing banned chemical or biological weapons as the Trump regime falsely claimed.

Blacklisting them is part of Washington's war on Russia by other means, along with wanting to give corporate America a competitive advantage over foreign competition.

"This is a follow-up to (US) sanctions dependence" against targeted nations, entities and individuals.

"(T)his another example of uncovered and rampant non-competitive struggle" by the US.