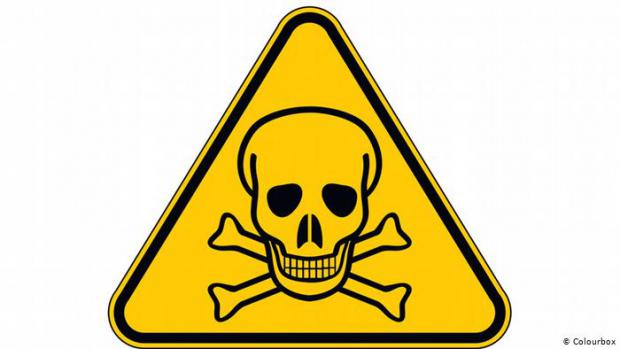 "At the request of the Charite University Clinic Berlin (where Navalny is hospitalized following life-saving treatment in Omsk, Russia), a Bundeswehr laboratory ran a toxicology test on Alexei Navalny's samples."

"It provided undeniable evidence of a chemical nerve agent of the Novichok group."

"There is a lot of information in the media outlets on the possible poisoning as a proven accepted fact."

"After carefully examining all information presented in the news outlets," conclusions drawn about Navalny "are too hasty."

Chief Russian toxicologist Alexander Sabayev in Omsk where Navalny was treated stressed that cholinesterase inhibitors were not detected in his system.

If Navalny was poisoned by a novichok nerve agent, he'd be dead. So would others who came in close contact to him.

Russian doctors involved in treating him called his condition not life-threatening, diagnosing his illness as a metabolic disorder — perhaps caused by abnormally low blood sugar. Navalny is diabetic.

German doctors agreed with their Russian counterparts, saying "(w)hile his condition is serious, it is not life-threatening."

Following dubious accusations by Britain that Sergey and Yulia Skripal were poisoned by a novichok nerve agent in March 2018, Russia's Deputy Foreign Minister Sergey Ryabkov explained that the Russian Federation has no "novichok" nerve agent, adding:

Claims otherwise are false. Nothing by this name is listed or declared under the Chemical Weapons Convention, he said.

It "did not exist and does not exist" in Russia. If exposure to a so-called A-234 Novichok agent harmed the Skripals, Britain is its likely origin, made at what the BBC earlier called its Porton Down "top-secret laboratory (where) scientists carry out research into chemical weapons and deadly diseases (and) dangerous pathogens."

The lab is five miles from Salisbury where the Skripals fell ill, then miraculously recovered from what would have killed them from exposure to a novichok agent.

Muscles contract involuntarily, including around the heart and lungs that can cause respiratory and cardiac arrest, suffocation, and death.

According to the New Scientist, "(t)he gaps between nerve cells become flooded with acetylcholine, causing continuous contraction of the muscles."

Neurotoxicologist William Atchison explained that novichok belongs to "a group of related molecules designed for only one purpose."

It "kills by disrupting communication between nerves and muscles or nerves in the brain."

"They work within minutes by paralyzing the muscles responsible for breathing, and stopping the heart."

"Seizures also occur. However, in some cases, if (exposure) is insufficient, death may be delayed or prevented but the victim continues to suffer from seizures, neuromuscular weakness, liver failure, and other damage."

None of the above applies to Navalny's condition — based on diagnoses by Russian and German doctors who treated him.

If he fell ill from exposure from a novichok nerve agent, he most likely would have fallen seriously ill and died before boarding his flight from Omsk, Russia to Moscow.

Atchison explained that the potency of novichok nerve agents are "6 - 10 times higher than VX…or sarin…nerve gas."

If "used on a battlefield, (they) could" kill rapidly, silently and undetectably."

Claims by the German Bundeswehr lab and Angela Merkel that he was "unequivocally" poisoned by a novichok nerve agent are dubious at best.

Disturbingly she added that alleged findings raised "very difficult questions that only the Russian government can answer, and has to answer."

The Kremlin had no reason to want Navalny poisoned or otherwise physically harmed, a figure with scant public support, a minor irritant of no consequence.

Germany's Foreign Ministry indicated that it would inform Russia's envoy in Berlin, as well as Brussels, NATO, and the OPCW.

Last week, Sergey Lavrov stressed that Russia's "leadership clearly does not benefit" from Navalny's illness — criticizing what he called "suspicious haste" by Western governments in suggesting Russian responsibility for what happened.

In stark contrast, the US and its Russophobic partners benefit greatly by blaming Russia for something it had nothing to do with.

On Tuesday, Sergey Lavrov said "(w)e are being accused that we are not investigating the (Navalny) situation."

"This is not true. The Interior Ministry launched a pre-trial investigation the day it happened."

"The investigation itself can only begin when it becomes clear what happened, which is still not clear and the German doctors cannot give us relevant information."