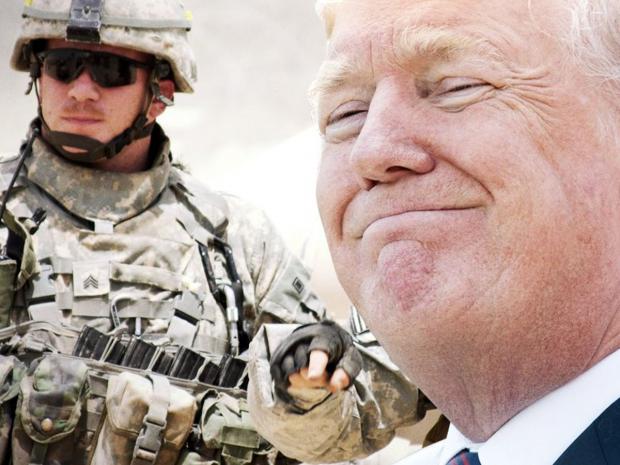 Unlawfully imposed US sanctions on targeted nations, entities and individuals are weapons of war by other means.

The US "never ratified the Rome Statute that created the court, and we will not tolerate…attempts to subject Americans to its jurisdiction," adding:

"Individuals and entities that continue to materially support those individuals risk exposure to sanctions as well."

The State Department earlier "restricted the issuance of visas for certain individuals involved in the ICC's efforts to investigate US personnel."

While the US didn't ratify the Rome Statute, Afghanistan did in February 2003.

When agreeing to probe charges of US war crimes in the country, an appeals chamber of the ICC unanimously reversed a lower chamber's decision that halted an inquiry because the US doesn't recognize the court's jurisdiction to probe its officials, only those of its adversaries.

An ICC statement said that after Afghanistan "deposited its instrument of accession to the Rome Statute on 10 February 2003," the court "may…exercise its jurisdiction over crimes listed in the Rome Statute committed on the territory of Afghanistan or by its nationals from 1 May 2003 onwards."

In response to the unacceptable Trump regime's actions, a breach of the letter and spirit of international law, a statement by the court said the following:

"These coercive acts, directed at an international judicial institution and its civil servants, are unprecedented and constitute serious attacks against the Court, the Rome Statute system of international criminal justice, and the rule of law more generally."

Separately, Judge O-Gon Kwon, president of the Assembly of States Parties to the Rome Statute of the International Criminal Court—Republic of Korea said the following:

"We stand by our court and its staff as well as those cooperating with it in implementing its judicial mandate."

"A meeting of the Bureau of the Assembly will take place shortly to consider the measures imposed by the (Trump regime) and ways to give effect to our unstinting support for the court."

Since beginning its probe of US Afghanistan war crimes in 2017, the ICC said it received over 700 complaints from aggrieved victims.

In June, Trump declared a state of national emergency over the ICC's probe of US war crimes in Afghanistan.

At the time, he issued an executive order that authorizes blocking property of ICC officials in the US if sanctioned by Washington. It also prevents them from traveling to the US.

There's no ambiguity about US high crimes of war and against humanity in all its preemptive wars by hot and other means throughout the post-WW II period and earlier.

In early March, ICC judges authorized an investigation into accusations of war crimes by US military and intelligence personnel, Afghan forces, and the Taliban in the country.

Given the ICC's history since established in 2002 of targeting victims of US high crimes, never the US or its imperial partners earlier, it's unclear what will come of its probe into indisputable US war crimes in Afghanistan.

Though mandated to prosecute individuals (not nations) for crimes of war, against humanity, genocide and aggression, the court never targeted the main offenders of these crimes.

It requires a giant leap of faith believe it'll go now where it never went before.

Maybe illegal Trump regime sanctioning of its chief prosecutor and another key official will convince the court to respond by fulfilling its mandate against the world's leading perpetrator of war crimes USA in one of its theaters — Afghanistan.

There's no ambiguity of its criminal history.

It's put up or shut up time for the ICC to hold the US responsible for high crimes too grievous to ignore in all its preemptive wars of aggression against nonbelligerent states threatening no one.

The 2002 American Service Members' Protection Act (ASPA, aka Hague Invasion Act) "protect(s) United States military personnel and other elected and appointed officials of the United States government against criminal prosecution by an international court to which the United States is not party."

The measure authorizes the president to use "all means necessary and appropriate to bring about the release of any US or allied personnel being detained or imprisoned by, on behalf of, or at the request of the International Criminal Court."

Decades of US high crimes are well documented, its officials never held accountable. Nor have their counterparts in other NATO countries and Israel.

Will this time be different? Will the ICC fulfill its mandate by conducting a credible probe of US war crimes in Afghanistan?

Will the court call for holding culpable individuals accountable for offenses in the country it determined to be war crimes?