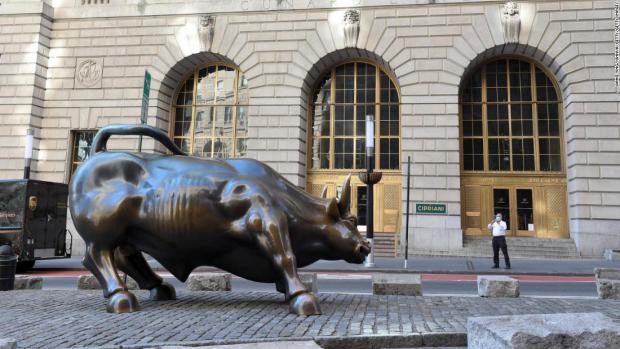 What's been going on since March is unprecedented in US history, likely more of the same ahead and perhaps the worst of times to come.

Based on how economic data were calculated pre-1990, US unemployment is around 30%, not the falsely reported 10.2% BLS figure.

At a time of unprecedented economic collapse, near-unprecedented unemployment off its April low, growing food insecurity, millions of households that lost health insurance, the risk of mass evictions, and overall human deprivation, the stock market reached new highs until pulling back sharply on Thursday.

According to a Bloomberg News estimate, "more than 50 million" Americans will experience "hunger" by yearend — in the world's richest country run by a ruling class that's indifferent toward public health and welfare.

During my formal working life spanning four decades from 1960 through the 1990s that included good and bad economic times, never once did I imagine needing unemployment benefits to get by.

The thought never entered my mind nor did the need arise.

Today it's the stark reality for growing millions in the country at a time of economic collapse and no renewal of $600 weekly benefits for the unemployed that expired at end of July.

EPI noted that for 24 straight weeks, "total initial (UI) claims were far greater than the worst week of the (2008-09) Great Recession."

This year, at least 12 million US households also lost health insurance coverage along with employment.

EPI also noted that claims of state UI filings dropping by 130,000 week-over-week — from 1.01 million to 881,000 — are "wrong because it's comparing two seasonally adjusted numbers that were calculated using two different methods (the old way and the new way)."

Since Republicans let $600 in weekly UI benefits expire at the end of July, millions of jobless Americans have been hard-pressed to get by.

EPI estimates that unemployed US workers still getting state benefits "are typically (receiving) around 40% of their pre-virus earnings," adding:

"It goes without saying that most folks can't exist on 40% of prior earnings without experiencing a sharp drop in living standards and enormous pain."

It's why food insecurity exploded higher in the US and mass evictions loom because of inadequate financial resources to pay rent or service mortgages.

Trump's executive order that authorized $300 or $400 in weekly benefits to eligible recipients was an exercise in mass deception.

EPI explained that the benefit is only available to limited numbers of jobless Americans and only "for a few weeks," adding:

His order's "main impact was to divert attention from the desperate need for the real relief that can only come through legislation."

"Congress must act, but Republicans in the Senate are blocking progress."

Voting the bums out in November will assure news bums replacing them, continuity certain like after all farcical US elections.

The state of the nation for the vast majority of its people has never been more dismal with no relief in prospect likely any time soon.