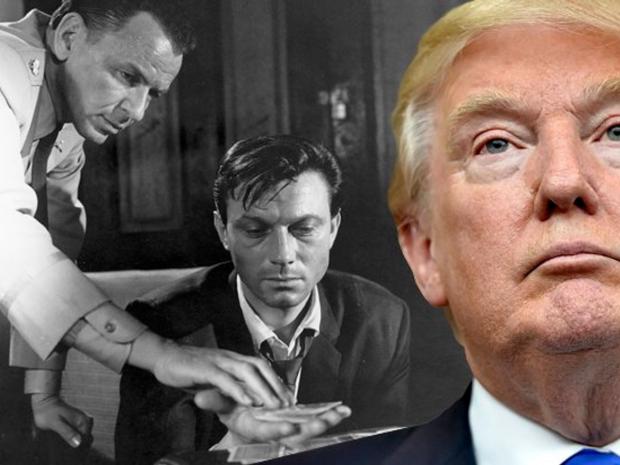 The twilight zone claim about Trump being a Manchurian candidate surfaced during the 2016 presidential campaign.

It was as absurd then as now — in 2016 by elements supporting Hillary, today backing Biden.

They're two of the most disreputable ever pro-war, pro-monied interests over equity and justice high-profile figures in US political history no one should support.

Followers of my writing know how much I despise Trump for escalating aggressive wars he inherited, along with waging them by other means on China, Iran, Venezuela, and other nations the US doesn't control.

His congressionally supported 2017 tax cut swindle was a massive giveaway to privileged interests at the expense of ordinary people left out.

His war on people of the wrong race, creed, color, ethnicity, and or/nationality is an unpunished crime against humanity.

So is wanting to wall-in the US southern border to keep people of the wrong color out of the US.

His one-sided support for apartheid Israel at the expense of Palestinian self-determination and other fundamental rights is more extreme than any of his predecessors.

He unacceptably moved the US embassy to Jerusalem, a UN designated international city.

His police state law and order agenda, serial lying on most everything, and hostility toward peace, equity, justice, the rule of law, and ordinary people everywhere makes him unqualified for any public position.

A Manchurian candidate? What nonsense — falsely claimed by defrocked Peter Strzok, a Robert Mueller operative during his Russiagate witch hunt probe, ending with a whimper, not a bang, millions of dollars poured down a black hole over nothing.

In August 2018, the FBI sacked Strozok – not because of unacceptable conduct, because he became a public embarrassment to the agency.

Months before he was fired, Department of Justice (DOJ) Inspector General (IG) Michael Horowitz issued a damning report on FBI and DOJ dysfunctional and unaccountable actions throughout the probe into Hillary's private server use for official State Department business.

Horowitz said Strzok's text messages and actions were "not only indicative of a biased state of mind but, even more seriously, implie(d) a willingness to take official action to impact the presidential candidate's electoral prospects," adding:

The Russiagate probe "potentially indicated or created the appearance that investigative decisions were impacted by bias or improper considerations."

Exposure of their unacceptable behavior should have ended the Russiagate witch-hunt probe straightaway – what never should have been initiated in the first place, a new millennium version of McCarthyism at its worst.

He nonsensically called him a national security threat, implying he's a Manchurian candidate for Putin, falsely claiming he exhibits a "willingness to accept political assistance from an opponent like Russia — and, it follows, his willingness to subvert everything America stands for (sic)."

Release of the book at this time — to be heavily promoted by anti-Trump establishment media — is all about aiming to cash in from Trump bashing for the wrong reasons and wanting him denied a second term.

In discussing the book, the anti-Trump NYT — yearning for revenge over defeating media darling Hillary in 2016 — headlined the following:

Conveniently given a pre-publication copy, the Times used it as part of its pro-Biden bias.

No credible evidence suggested Russian US election meddling, not earlier, not in the run-up to November 3, not anywhere — a US specialty in scores of countries to undermine democracy, not support it, a reality ignored by establishment media.

Not according to IG Horowitz as quoted above, slamming his "willingness" to act against the campaign of a presidential candidate.

Strzok's unproved claim that Trump "might be acting as an agent of a foreign adversary" is unsupported by evidence he and the Times failed to explain.

So is the long ago debunked Big Lie that won't die about Russian US election interference sans evidence proving it, none ever surfacing before and after accusations were first made.

Strzok's book is an exercise in Trump bashing for the wrong reasons, ignoring no shortage of right ones.

I'm greatly dismayed by either Trump or Biden winning in November by fair or foul means.

It's why I urge voting-age Americans to support alternative party candidates to make a statement or stay home.