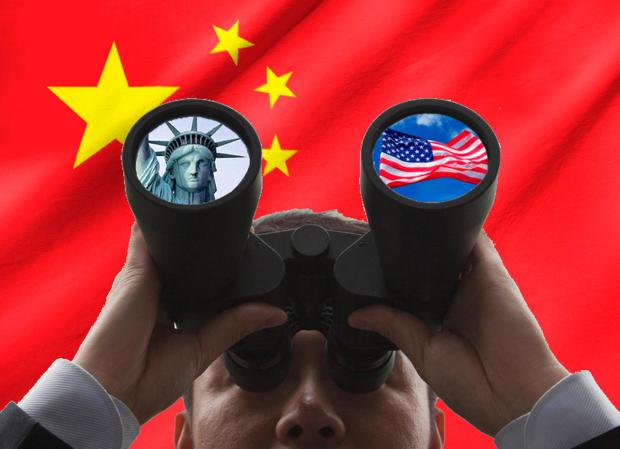 Pompeo reinvented China beyond where other US Chinaphobes have ever gone before.

Spending a small fraction on its military compared to the US, he falsely claimed Beijing "is building out its military" menacingly (sic).

He ignored China's cooperative relations with other countries, confrontation with none — polar opposite how the US operates worldwide.

Beijing "infiltrated the US in ways that Russia has not (sic)," he roared.

It "destroyed tens of thousands of jobs all across the heartland of America (sic)."

No one in Beijing forced US companies to offshore jobs to China and other low-wage countries.

No one in Washington offered tax or other incentives for companies to maintain operations domestically or imposed penalties for moving them abroad.

The misnamed "Wuhan virus" was made in a US biolab, exported to China and other countries.

Pompeo and other US hardliners consistently blame other countries for crimes and other wrongdoing by Washington — victimized nations notably blamed for US crimes against them.

According to Reuters on Saturday, the Trump regime may add China's top chipmaker Semiconductor Manufacturing International Corporation (SMIC) to the US Entity List, adding:

The blacklisting move "would force US suppliers to seek a difficult-to-obtain license before shipping to the company.

The Pentagon urged other US agencies to target SMIC this way, Reuters saying it's unclear if State, Commerce, and Energy departments support the move.

Reuters said the Pentagon didn't explain why it wants SMIC blacklisted, adding that the Trump regime focuses on firms that supply China's military.

In the case of Huawei and its affiliate companies, blacklisting the them is all about wanting US telecom and communications companies to have a competitive advantage.

According to an SMIC spokesperson, the company doesn't understand why it may be blacklisted in the US, indicating that it broke no laws and isn't tied to China's military, adding:

Company officials are "open to sincere and transparent communication with US government agencies in hope of resolving potential misunderstandings."

According to telecom analyst Ma Jihua, the move against SMIC if comes will aim to stop the firm from supplying chips to Huawei, adding:

"(I)t's impossible for SMIC to cut supplies to Huawei, and US action against SMIC will come sooner or later" — part of US war on China by other means that keeps escalating dangerously.

Ma indicated that if SMIC is blacklisted by the US, it can still buy raw materials for making chips from Japan and South Korea — unless Washington pressures them to cease supplying the company.

What's going on increases the urgency for China and its enterprises to become self-sufficient by reducing and eliminating the need to rely on foreign suppliers in the US and other countries it can pressure to cut off supplies.

According to analysts following SMIC, blacklisting the company by the US will adversely affect China's efforts to develop its integrated circuit and software industries.

SMIC and Huahong are the only Chinese firms able to produce chips by the most advanced technology in the country.

Shanghai-based Intralink consultancy's Stewart Randall said blacklisting Chinese firms by the US means that any enterprises in the country able to compete with US companies worldwide may be threatened the same way.

"China has no choice but to try somehow to develop all equipment (domestically and) have a closed system."

In August, Pompeo called for what he called a "clean network to safeguard America's assets (by forming an) "end-to-end communication path that does not use any transmission, control, computing, or storage equipment from untrusted IT vendors, such as Huawei and ZTE."

Given what's going on, China and its enterprises need to free themselves from dependency on US suppliers by becoming self-sufficient.

Whether Republicans or Dems control things, the trend in Washington to isolate China and cut off its enterprises from the US market continues to escalate.